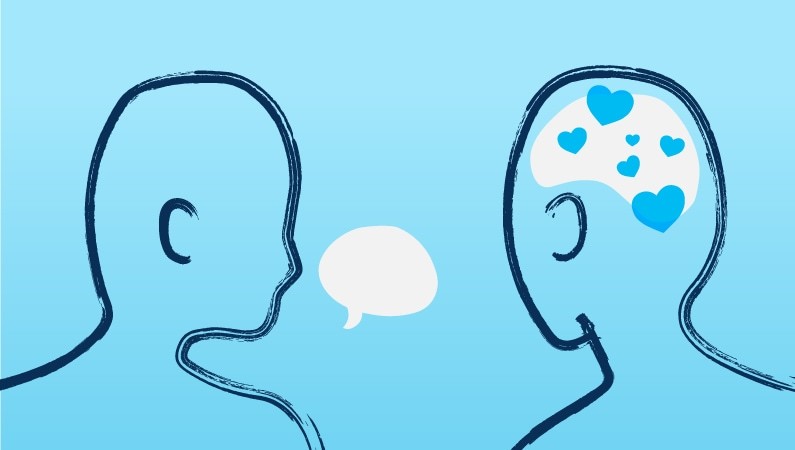 What a scam artist taught me about storytelling

When it comes to marketing your business, it’s essential to have a good brand story. Something that tells the world what you offer, what you’re all about and what makes you different.

There are various ways to learn how to tell your brand story. We’ve offered some tips about how good writing can help your business. Or you can do what I did: fall victim to a scam artist. But there are lessons to be learned from every experience, right?

It was late on a Sunday night when a knock came at the front door of the little bungalow where I was then living in a relatively quiet, mostly residential area of Toronto.

I opened the door to see a man standing there; a rather nondescript guy, about average height, regular build, early-40s perhaps, glasses, sandy thinning hair, wearing a golf jacket over a collared shirt and khakis or slacks of some sort.

The first thing he said when I opened the door was “ten twenty eight”, extending his hand. Upon seeing my incomprehension, he elaborated. “I live at 1028,” he said, motioning down the row of houses south of us (my address was 1038). He introduced himself as Paul (I didn’t catch his last name, something that began with a ‘B’). He apologized profusely for bothering me at such a late hour. He explained that none of the other houses between his and mine had any lights on at that hour, but he saw mine were still on and he was in need of a favour.

Lots of thoughts went through my mind. He looked like someone who maybe worked as a sales rep for some company, and I wondered what he was going to try to sell me.

I replied that I couldn’t really recall seeing his vans, but in the back of mind, it sounded familiar. He went on to say that he had cases of Guinness and liquor in his vans, and that he’d be happy to drop off a case of Guinness in return for my help. He launched into his story, rapidly touching upon details and jumping from facet to facet. There was a rambling nature to the yarn, he spoke rapidly and some facts were difficult to follow.

The gist of it, as much as I could gather, was that his son had borrowed one of this man’s vans and had refilled the gas tank with regular gas, and since it ran on diesel, the van now wouldn’t start, and his wife was at the hospital, where she works, she’s a nurse, and they were doing open-heart surgery probably at this very moment, so he can’t get to the hospital because of the gas situation with the vans, and, again, he’d be happy to drop off a case of Guinness—“do you like Guinness?”—to show his appreciation, if I could help him out.

I told him I had no gas of any kind. He replied that he couldn’t get to any bank machines (there were indeed none nearby) and he just needed some money to get diesel fuel, and then he needed to drain the regular gas from the van and refill it with the diesel. He’d have the money back to me in a few hours, or his wife could even drop it off in the morning, and he could leave me a case of Guinness as well.

Now, I don’t consider myself a gullible person. I was born and raised in a small town where people help out their neighbours, but I had been living in the big city for many years at this point. I’ve heard all the appeals you get from the people who approach you on the street. They just need some money for bus fare to get back to their hometown, etc. (I’ve heard that one multiple times).

And let’s face it: when a stranger comes knocking at my door out of the blue late on a Sunday night, I’m suspicious right from the get-go.

But this guy looked like the kind of guy who would be my neighbour from a few doors down. And he looked like a guy who might work as a distributor or a sales rep for a liquor manufacturer. And even though part of me wondered if he was trying to scam me, my instincts told me this guy was for real, as odd as it all seemed; perhaps precisely because it seemed so unusual.

I asked him how much money he needed, and he said $50 or so. As it happened, I only had $15 on me. So I gave him that, and we agreed that he would come by around 6:30 the next evening and drop it off (supposedly with the promised case of Guinness as well). He thanked me profusely, and off he went into the night.

The next evening, he never showed, and there was no envelope in the mailbox. No case of Guinness, either. Nor the evening after that or any evening since. Yup, I’d been scammed.

Thankfully it was only $15 and not $50 or more. Looking back on it, I have to give the guy props. His technique was admirable. Fast facts, jumbled facets of a complex story, unusual time of day and place, legit appearance.

And as I had thought, there was indeed a white van that I would often see parked on the street a few doors down. I’d probably walked past it a hundred times. The sign on the side said Siemens. But it was Siemens Building Supplies, not beverages.

The way I look at it now, I paid $15 for a storytelling lesson. So what lessons about storytelling did this guy teach me? Let’s look at some constructive learning we can take from this experience.

(Disclaimer: This guy was using the power of storytelling to deceive and scam people out of money. I’m certainly not suggesting that you should be deceptive. Use your storytelling powers for good—for honestly promoting your business—not for evil.)

As any writing coach will tell you, part of the power of good storytelling is found in the details.

When an author names the exact kind of trees and flowers and plants in a location, their shape and colours and how they smell, you get the sense that they know the place intimately—and they bring you there through the details in the storytelling.

More than any single thing, what got me thinking that this guy’s story just might be legit was the detail about the two vans. Why mention two vans? If you were going to pull a scam like that, wouldn’t you come up with something a little more straightforward? What scammer would come up with the extra, seemingly superfluous fact of the second van parked around the corner?

That extra detail made all the difference to me. It put a chink in my normally iron-clad skepticism. That was the detail that hooked me in. And more than that, it hooked me in despite of my suspicions.

If you want to get your audience involved and immersed in the story you’re telling, use appropriate details.

This guy seemed to be exactly what he claimed to be. In fact, because of the way he was dressed, I actually thought he was some kind of sales rep before he even opened his mouth. Of course, that was part of his story; that he was apparently employed as a liquor sales rep or something.

What he was really selling was his story—and I bought it, partly because he presented himself in a way that gave him legitimacy.

As a creative professional—a writer/copywriter—I’ve learned to never show up for a job interview in a suit and tie. Creatives don’t wear suits; suits wear suits. Against the old-school wisdom, if I want to be taken seriously as a creative, it’s better to present myself as one.

So, too, with your business. The kind of images you use for your brand, your logo, the design of your website, the fonts used on your business card, the name of your business—all these things matter in contributing to how you’re perceived.

I don’t know if this was a commonly run scam, but I had never heard of this kind of ploy before. If I had, it obviously wouldn’t have worked on me. So its very originality was something that made it successful.

That’s precisely why the “I need bus money” appeal doesn’t work—so many people use this same story. It creates automatic skepticism, where my scammer’s unique (at least to me) story actually broke down my natural skepticism and won me over.

And that’s what you want your brand or your business to do. People can be very cynical and skeptical when it comes to ads and marketing messages. Be original, have a unique story (a truthful one, of course), and you’ll be more likely to win people over. 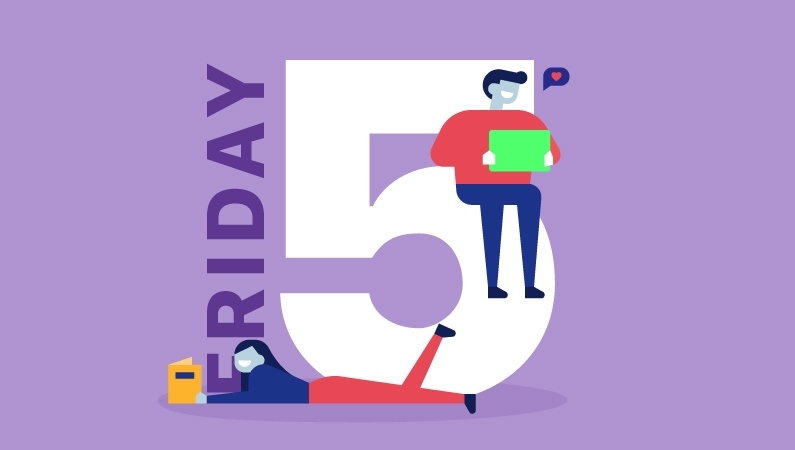 Five valuable learning and development trends you need to know

Having a learning and development strategy is important for helping your employees retain knowledge and grow professionally. Here are five trends to consider as part of your employee training efforts.
more 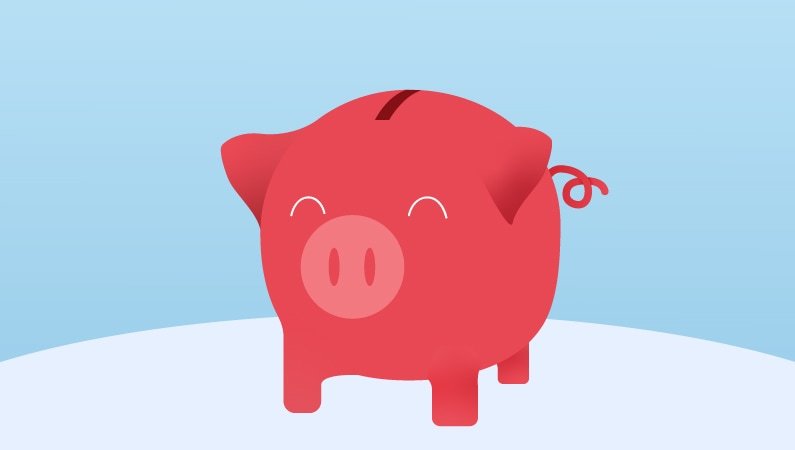 Make a profit every year with the Profit First Formula

We recommend Mike Michalowicz’s book Profit First for a formula that delivers sustainable small business growth. Find out what it is and how to implement it in your own business with these tips from Wave’s in-house accountant, Abbas Ali.
more

How big is a “small” business? Here’s why it matters.