Five steps for every major initiative

I was once in the audience for an interview with author Seth Godin, and he was asked for a list of tips for young entrepreneurs. He paused, gave a wry smile and answered, “Never trust anyone who gives you a list of tips.”

While it may be semantic, I’ll point out that what I aim to share today focuses on a list of “steps” for every major initiative rather than tips. When it comes to tips, there’s really only one I can offer with great confidence: add value in every single interpersonal interaction in which you engage. Be it business or personal, focus on finding a way to add value to the others in the interaction (whether at that moment or down the line), and success is going to follow you. Too often profit and prestige are the goals of young entrepreneurs. From my perspective, profit and prestige aren’t goals. I’d argue that profit and prestige are in fact the natural by-products of adding tremendous value.

When I work with organizations, I’ll often ask them for a list of their company’s goals. To this day I’ve yet to be given a single “goal” that isn’t in fact one of two things: a strategy for adding value, or the natural by-product of adding value.

“We want to offer a tremendous customer service experience!”

That’s not a goal. That’s a strategy for adding value.

“We want to be the most well-known and respected company in our industry.”

That’s not a goal. That’s the natural outcome of consistently adding value.

Value isn’t just the outcome of a series of actions, value is generated in every single action. Focus not on a single type of value generated by a process, but rather on the many types of value generated by the interactions that make up each process. A truth I have discovered thus far in a life focused on leadership: Those who generate the most value reap the biggest profits—not just financially, but socially, emotionally, and spiritually as well.

With my one tip out of the way, it’s time to get to listing something. While this may fly in the face of Mr. Godin’s wishes, I’ve noticed that no one can resist reading something where there’s some form of list.

Recently, while giving my own interview, I was asked to “provide a list of steps crucial to entrepreneurial success”. With entrepreneurship taking so many forms, and engaged in for so many different reasons, my initial reaction was that there are no universal steps to success every entrepreneur should take. Besides, the most widely respected entrepreneurs are renowned for their tendency to ignore what they’re told they “should” do.

However, while a universal list of “shoulds” doesn’t exist (and if offered, might I highly recommend ignoring it – entrepreneurship was forged in the fire of “I’d rather not do as I’m told”), my experiences have taught me there isa universal list of steps that will happen over and over again – whether you’re prepared for them or not. While I’m not someone who believes I have any right to tell people how they should chase their dreams, the value I believe I can add is to share this list of inevitable steps.

And so I humbly offer what my life has taught me are the five inevitable steps of every “life initiative”:

One of my favourite writers said, “I love to write, but I hate to start. There is nothing as intimidating as a blank page.” Perhaps we all share the belief that as long as we don’t take the first step, we put off the inevitable missteps. But on those days where you look at your bank account and think “If I’d put $100 a month away starting when I was 18, I’d have enough for a down payment on a house right now”; or, “If I’d just started running an extra half kilometer each week a year ago, I’d be doing a half marathon right now”, we’re reminded that failing to take the first step at all can be a bigger misstep than anything that comes after. Your life doesn’t change until you take the first step in a new direction.

Once you decide to try to get somewhere, you will, at some point, try to go about doing so in a fashion that simply does not work. The wrong step might take you only a small distance down an ineffective path, or it might have you wander it for much longer. It’s important to recognize that the odds are you will not establish and grow your business, your personal relationships, or your path through life perfectly in one try. Feeling less about yourself because of that reality muddles your thinking and hampers your effectiveness by keeping you from realizing that the step outlined below is always available to you.

Somewhere along the line we equated change with failure. We internalized the idea that to change our business plan, or our timelines, or our personal or professional partners meant that we had to admit to ourselves and everyone watching that we made a mistake with our initial decision. Business is an exploration. Life is an exploration—and true exploration isn’t possible without a willingness to embrace change. As long as you equate change with failure, you’re creating a roadblock to the acceptance of a crucial truth: sometimes the only way to avoid large mistakes is to acknowledge the small ones, and be willing to back up to a spot before you made a misstep.

In my mind, this is the most courageous of the steps. The moment after we back up—the moment when we’re looking around and figuring out “which way do I go now?”—we’re often at our most insecure. Our “wrong step” is still fresh in our minds, and it takes a tremendous amount of courage to step in a new direction when we know it could all happen again. However, it’s in this step that most of our dreams live or die. Too many people see themselves standing on the edge of a cliff in this moment. I have no problem with that imagery, but would argue that at that moment you aren’t facing the edge, but rather have your back to it. It’s with a stride forward that you’ll move towards safety. The real danger lies in backing up too far.

Every aspect of your life will feature iterations of this cycle: your professional life, your relationships, your health, and your education. Each of those aspects will likely have several of these cycles going at once. Don’t try to minimize them or shut them down – they’re a natural part of dynamic lives. Each step brings with it its own set of fears – a set of fears felt by everyone. We’re told not to show it however, and in doing so, we fail to offer the profound mutual support that comes from telling each other, “you’re not the only one.” These steps are inevitable, and embracing your journeys through them can be a key to success and happiness in business and life.

After all, it’s very rare that continuing to put one foot in front of the other doesn’t take you somewhere.

The former Director of one of Canada’s largest and most dynamic university leadership programs, Drew is committed to never becoming “just a speaker”. Instead, he continues to work full-time as an educator, manager, project planner and curriculum developer for organizations around Canada, the US, and even overseas as the Founder and Chief Catalyst of Nuance Leadership Inc. By ensuring he faces new leadership challenges every day, he ensures his words come from experience and practice. 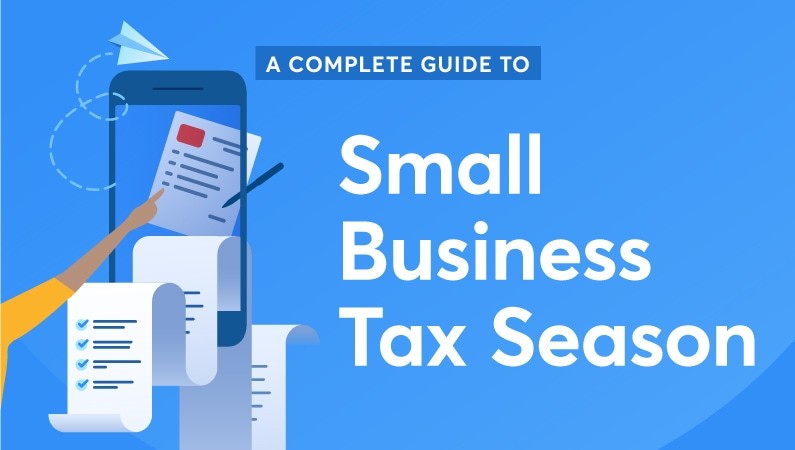 Take the fear and stress out of tax season with this comprehensive guide to confidently managing your books, audit-proofing your business, and getting your taxes done right.
more 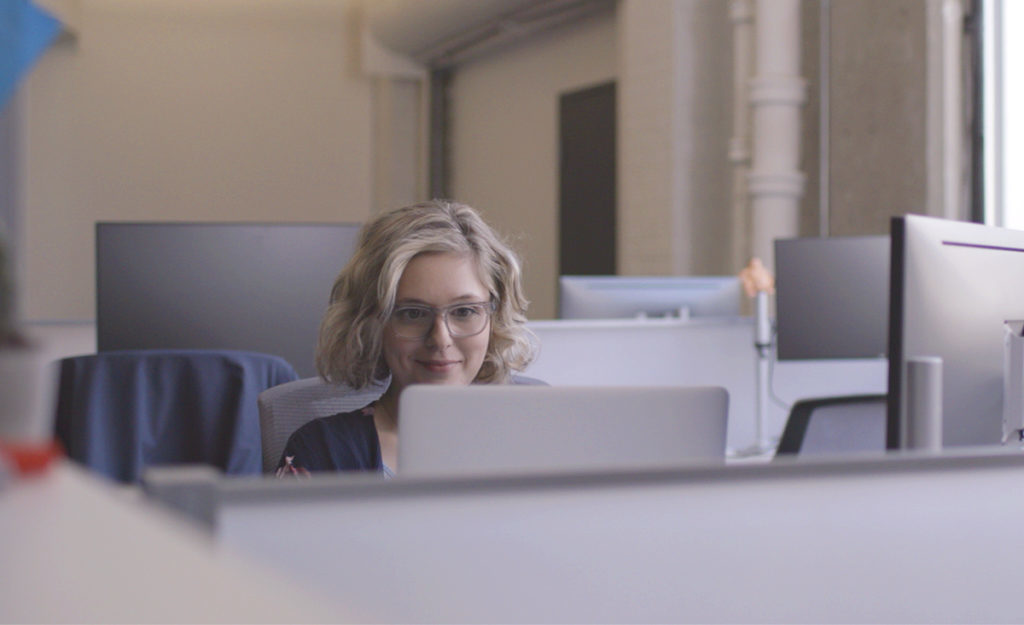 Save time with recurring invoices and automatic payments for your repeat customers. Flexible and customizable invoice scheduling.
more 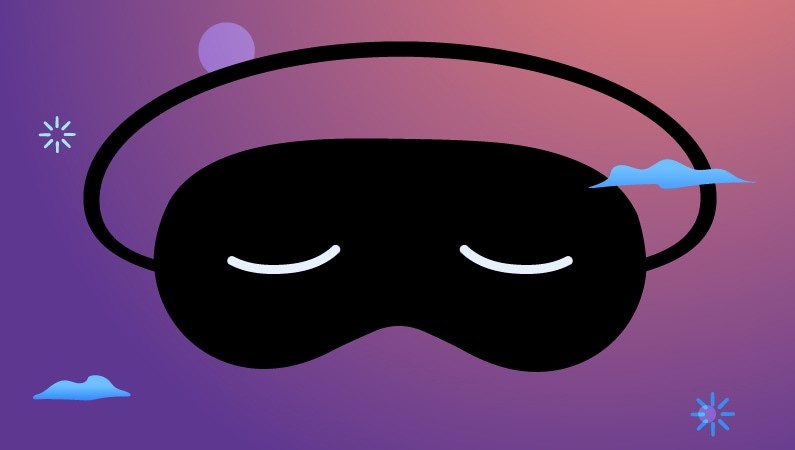 You are getting sleepy, very sleepy—or not!

Running your own businesses isn’t a normal 9-5, and many entrepreneurs find themselves burning the midnight oil. Learn why sleep is important for small business owners and how getting into the right sleep schedule can benefit your business.
more
Top