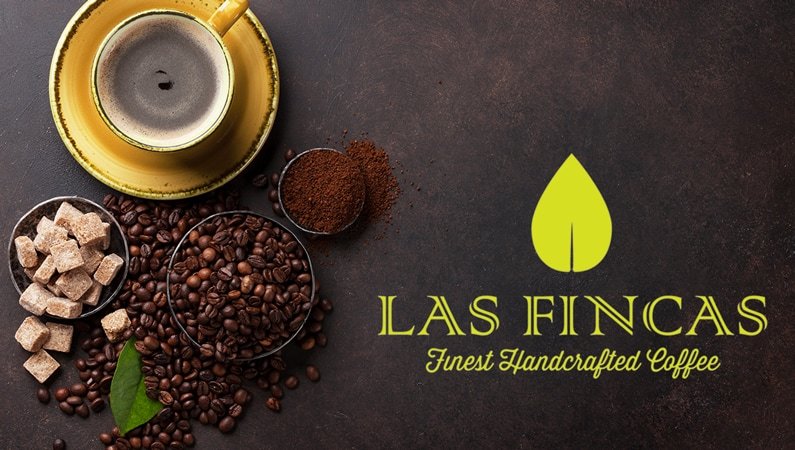 Las Fincas: A story of passion and incomparable coffee from crop to cup

Coffee is one of those things that’s inescapable almost everywhere, and it has been for a long time—as an after-dinner and morning tradition, as a work tool, even a hangover cure (the jury’s still out on its effectiveness in that capacity). But in the last few decades, attitudes toward coffee in North America have changed. No longer viewing the drink as simply something to give them some pep in their step, people have caught on that their daily pick-me-up can be as complex as a glass of fine scotch or a celebrated wine.

It matters where it comes from and how it was farmed and how it got into their cup. It’s not hard to walk down the street and find a place with a barista who knows exactly where the beans in the shop’s coffee come from and how to prepare them for an optimal experience. I’m writing this from a small town New Brunswick café just like that. There’s another one less than a minute’s walk away.

But it took a while for this coffee enlightenment to become as popular as it is today. So when Armando Gonzalez started Las Fincas in 1999, asking people to think more about where their coffee comes from and how it gets made—and then to buy it from people who also did—was one of his biggest challenges.

“I realized most people at the time thought it came out of a can, basically,” Gonzalez says over the phone from Dorval, Quebec, where the Las Fincas headquarters is located. “And just telling the story to people about how coffee is grown in plantations and out of a plant, out of a cherry—the pit of a fruit—was a challenge. For example, the techniques used to make it organic, and all the coffee we were bringing was all shade grown in the jungles and in coexistence with the habitat. So for me, it was a very strong premise—how is it that we drink coffee coming from such far and wild lands? Just telling that story to people, I found it a bit challenging sometimes, convincing people there was better coffee than the canister they were purchasing at the supermarket.”

Getting the ball rolling and returning to their roots

But he kept trying, and eventually the world caught up with him. As Gonzalez says, there is coffee in his DNA. His great-grandfather owned coffee plantations in Mexico, and when Gonzalez immigrated to Canada in 1994, he opened a small coffee shop and saw that there was an opening in the market for high quality coffee. He decided to reconnect with that part of his family history, importing exclusively Mexican coffee from plantations he was sure could provide only the best product.

He started roasting coffee in his parents’ garage with popcorn poppers just to test whether it would sell in Canada. In 2001, when he realized it had potential, he and his father managed to get a slow coffee roaster from Mexico, and incorporated two years later. By 2006, they were supplying coffee to chains all over Montreal, and only a few years later, they were selling about six tonnes of coffee per month. But then they decided to switch things up and return to their roots.

“Eventually, we realized the big market wasn’t what we wanted to do,” Gonzalez says. “It was moving us away a little bit from specialty coffee, and we decided to let go of the big accounts and concentrate on smaller customers who were more in kind with us in quality. Basically, that’s what we decided to do with our coffee as a company.”

“Truly, the appreciation of the effort that goes into a cup of coffee, that we all take for granted… it’s such a routine part of our day that we don’t give it nearly the credit it deserves,” Williams says. “When I’ve gone and picked the coffee beans myself off the tree, and watched them carry 69 kilogram bags on their backs up mountains and harvesting the beans and all the effort and so many people it touches in these villages, to be put on a truck and brought here, and the amount of work that we put into roasting it, all so that people can have something while they read their morning paper and really take for granted? For me, that’s the thing I’ve done a complete 180 on coffee. It touches so many people. So many people have touched that coffee before it gets to your cup, and trying to convince people of that is the exciting part.”

It’s no surprise that Williams’ eyes have opened so much over this past year. Las Fincas is a very hands-on enterprise, and as he mentioned, both him and Gonzalez travel to the farms they buy from and see how the product is grown and picked and dried and the conditions it’s cultivated in.

They get most of their coffee directly from plantations, with hookups in Columbia and Mexico. It is made from people who are interested, like they are, in the quality of the coffee. Many of their coffees are micro-lot, and there may be only about 200 bags of each in the world. “So I think when you tastes that type of coffee, you’re tasting the work from the person cultivating the coffee to the roaster, like us, paying attention to their hard work,” Gonzalez says.

It also facilitates an exchange of knowledge—educating themselves on the early aspects of the process, and being able to educate farmers and workers on how the end result is made. To honour the farmers, they make sure their clients at the end of the line are putting as much care into making a cup of coffee as the farm did in harvesting and growing the fruit it came from.

Gonzalez and Williams are interested in telling that story and making sure people understand everything that goes into the cup of coffee they’re drinking. Before the end of our chat, they invite me to come down to Dorval and get the whole experience, the “crop to cup” story. They recently had a group of people who work for one of their biggest clients come down to do just that.

The perfect cup of coffee

So with all this first-hand knowledge, what could possibly be their idea of the perfect cup of coffee? While he doesn’t want to romanticize it too much, Williams goes right ahead and gets romantic—it’s the one he has with friends. The one he has with Gonzalez in the morning, that they roasted and share with friends and can tell the story of. And Gonzalez, well, he knows exactly how he’d make that happen.

“For me the perfect cup of coffee would be made out of coffee that I just picked off the tree,” Gonzalez says. “We pitted the cherry, we let it dry for a few days, and basically get down to roasting a small batch of 360 grams to take that coffee and see where we’re at in terms of what that production will be. I don’t know why that cup of coffee always seems to be perfect to my tastes. It seems to be fresh, it seems to be the result of work, and it makes coffee taste a million times better than any coffee I can try.” 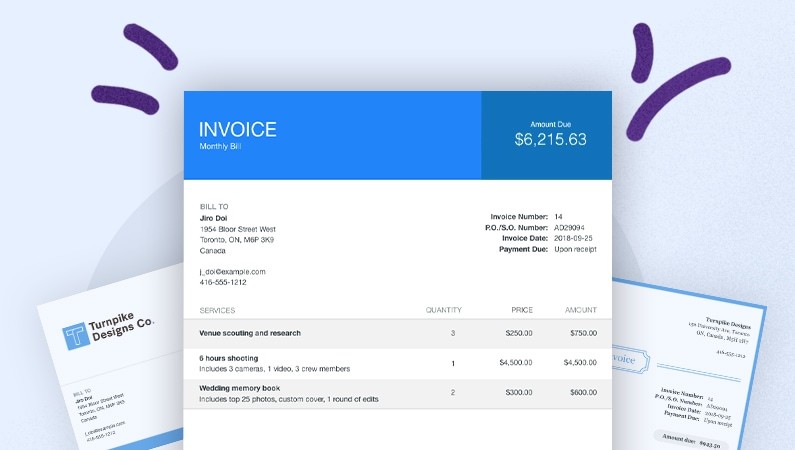 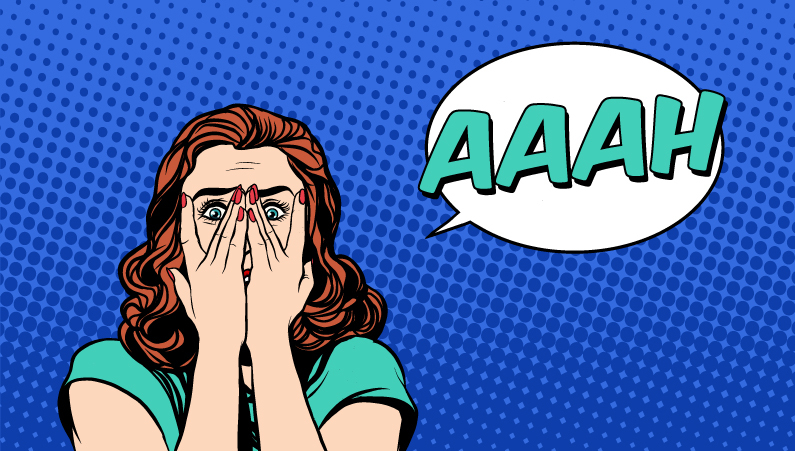 Tax time can be scary, but are you scared of the right things? Toronto CPA and writer, Samantha Richardson, tells us what you really need to focus on to create a stress-free tax filing experience.
more 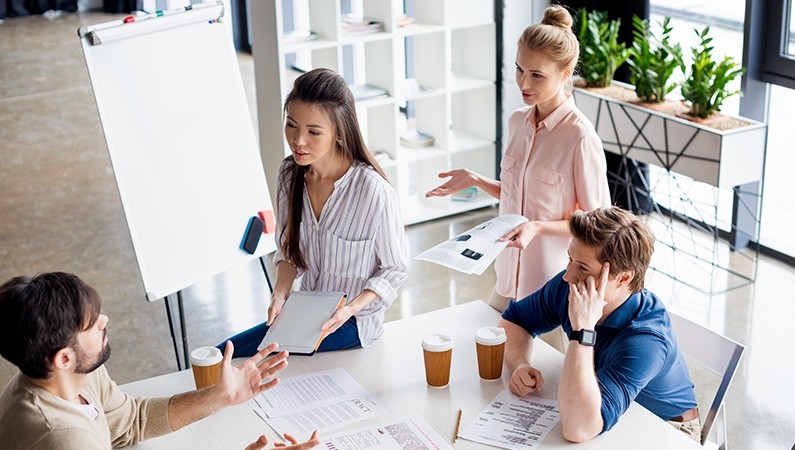 Ensure you've got a solid understanding about these questions before diving in with our top 10 things to know before running payroll.
more