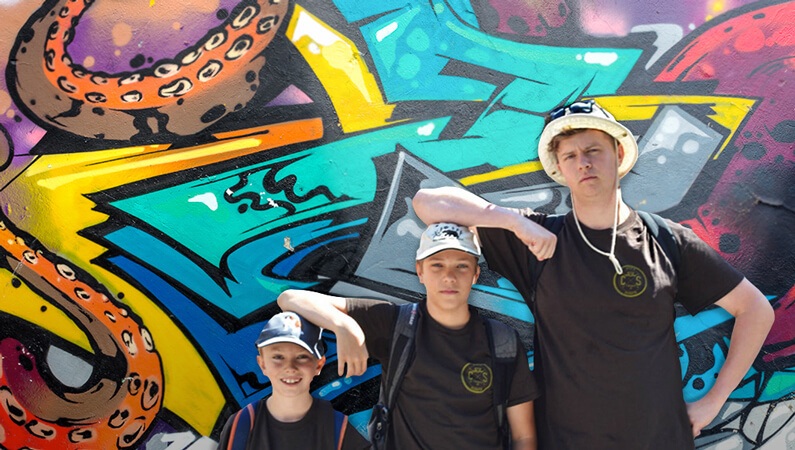 Passion over practice: How 20-year-old Riley Millican excels as an entrepreneur

A little over one year ago, Riley Millican needed to look for a summer job. When he couldn’t find one that suited his needs, he created his own—as founder and CEO of City Scouts.

Riley’s story about starting his own business may not be as flashy as others, but that’s precisely why it stands out. The straightforward way that he approaches his business is refreshing. He’s driven by his passion first, and despite his humble attitude, he perfectly embodies the entrepreneurial spirit.

Inspiration strikes at a young age

Riley describes City Scouts as “an urban adventure summer camp” aimed at children aged 10-13. “It’s about getting kids comfortable around the city as well as showing them different aspects of Toronto,” he explains.

During his early teenage years, Riley went to plenty of different camps and enjoyed the long days packed full of fun activities. But he learned the hard way how boring the alternative was.

When he was 12 or 13, Riley told his parents he didn’t want to go to camp and wanted to hang around with his friends in Toronto instead. Much to his surprise, almost all his friends had signed up for camp! Left on his own, Riley didn’t really know what to do or where to go, opting to stay inside and play video games for weeks on end.

Riley says that the spark for City Scouts was born out of that bored summer. Why couldn’t there be a camp-like experience in the city?

Right from the get-go he was eager to start on the fun stuff: planning the full week of activities, scouting out which locations to visit, organizing the meals and transportation. As all business owners know, there’s whole lot of administrative tasks that you can’t avoid.

So now there was a big blank canvas in front of him. Where was he supposed to start? In terms of the business registration, setting up his taxes and getting insurance, Riley admits that it seemed daunting at first.

“Not really knowing what you need, and finding the right people to tell you what you need, is what really takes a long time,” he explained. But once he started, the momentum kept him going and he was determined to not let a few uncertainties slow him down.

Even though is was a lot to handle at once in the beginning, he says that he feels much more professional and secure knowing that all the right paperwork is taken care of and on file.

What went wrong in the first week of camp

After getting himself all settled with the proper business forms and creating a website, Riley had his first trial week coming up before officially launching City Scouts in June 2017. He described how it went in a candid way:

“I was anxious about everything going right. I was a bit overbearing, which is exactly what I didn’t like about camp when I went. Despite that, the kids still had a good time. Knowing that they enjoyed themselves reassured me a bit, but I knew there was still room for improvement.”

Despite his shortcomings, he didn’t give up. It seems like Riley never even considered that an option. It wasn’t a drive to succeed that kept him going, or a desire to prove anything to anyone. He just wanted City Scouts to give kids an amazing camp experience, and he was dead-set on making it happen.

After some time to think, he realized that he had all the right tools, but was letting his doubt get the best of him. As the captain of his ship (and really the only crew member on board at this point) he had to take responsibility and get himself back on track.

Riley’s success hasn’t been without its downfalls, however, but he’s learning from past mistakes. For all of 2017, he ran the summer camp with only five kids at a time because he had read that was the legal limit. Well, it turns out he was mistaken—that rule only applied if the children he was supervising were under four years old.

“I had read the legal writing on it wrong,” he explained, and it ended up costing him potential new business. Rather than dwell on this stumbling block, Riley was optimistic about learning a valuable lesson of scaling over time—as well as the importance of reading fine print.

For this upcoming summer, City Scouts is going to be expanding. Sam, Riley’s best friend who helped out last year with the camp, is going to be joining as a full-time counselor. That’s right, Riley’s a job creator now as well. Not bad for any new entrepreneur, let alone a 20-year-old who’s enrolled full-time in university.

A strong work ethic really is embedded in Riley’s DNA. In addition to pursuing a degree in business, he’s also handling the year-round administrative work for his company, including advertising, hiring new counselors, and filing his taxes. When it comes to balancing everything, Riley doesn’t seem particularly phased.

“I haven’t found it too difficult to balance the two,” he explains. “The City Scouts work is stuff I can do at nighttime or when my classes are over…It doesn’t take a lot of time at once, it’s just an everyday thing.” To him these aren’t two separate things. It’s all part of his life, and his drive to succeed in both school and work is just a given.

Taking City Scouts into the future

With such a focus on his work, does Riley have any big ideas coming up for City Scouts? “I do think about the future of where it’s going. I have ideas about it, but a lot of it is contingent on if we can get a brand around this style of summer camp.” In other words, he’s focused on the present-day challenges in front of him before taking a leap into the unknown.

He does have a dream of starting a similar camp but centred around film. This is drawn from his own experiences of being a kid at camp and wanting more out of the experience. “I’m thinking about things like that, but it’s as I’m going to bed. It’s not a very practical 5-year plan. Right now I’m just dealing with how I can get more campers for this summer.”

What makes someone an entrepreneur?

It certainly looks like Riley has all the traits of an entrepreneur. He’s bright, empathetic, and has a drive to press forward and continue doing what he loves. But he doesn’t fully feel like he’s part of the entrepreneurial world:

“I do somewhat feel like I reject the prototypical entrepreneur label. I feel like with young entrepreneurs there’s this sort of feeling…I’ve seen people who are very into business, more than they’re into their business. Like they want to start a business so they find something to work on.”

Anyone with their own successful business can surely relate. You need to be guided by something more than profits and making a name for yourself. So what drove Riley to commit to starting his own business?

“I feel like I did want to start a business for sure, I did want to work for myself. But the reason I started this was more because I wanted to enjoy this summer camp. I feel like if this summer camp existed, and I could just become employed by them, I’d almost be just as content with that. The reason I started this wasn’t because I love business so much, as much as I’m really passionate about what I’m doing.”

Riley may not fully embrace the label of an entrepreneur, but there’s no denying his drive and passion. That’s what really separates small business owners: their inability to settle for another narrative being pushed on them. Where Riley saw a gap in the camp market, he filled it almost out of a sense of duty.

Looking back on what could’ve been different

Riley’s past year has been filled with its fair share of ups and downs, and there are even more challenges on the horizon. Looking back, is there advice he would give his past self for anything to do differently?

“In all honesty, the biggest flaw was probably being a bit too cocky and getting ahead of myself sometimes. I wanted it to succeed, and of course a bit of confidence is good to get out there when I was starting. But when my high expectations aren’t met, it can be a bit crushing. However, I don’t think it would have been great advice to give my past self, because I don’t think I would’ve listened. I know this because it’s the same advice my dad gave me when I first started. Looking back, it was one of those lessons I had to learn on my own.”

Even though Riley is a business-savvy entrepreneur and mature for his age, he still had trouble listening to his dad’s advice. Looks like some things never change. 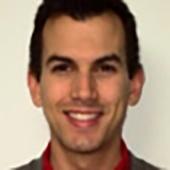