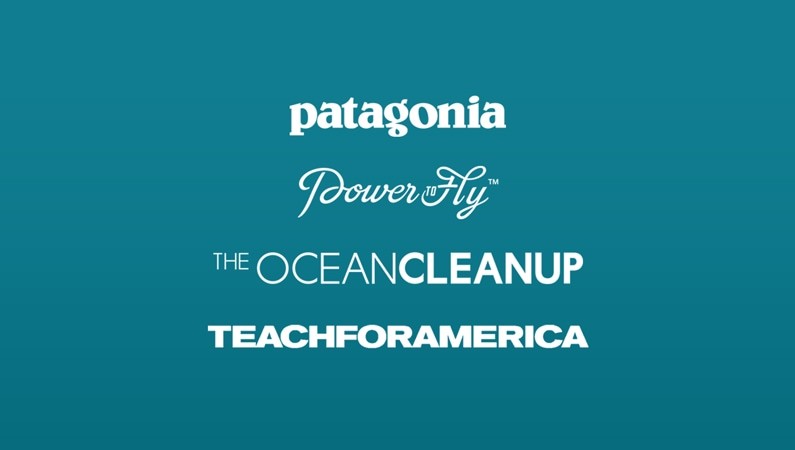 Today’s consumers are overwhelmed with information and advertisements from businesses competing for their attention. As a result, consumers have the ability to choose very carefully and deliberately which companies to support. Unsurprisingly, we’re inclined to choose businesses that operate transparently and that mirror our own moral and ethical standards.

Entrepreneurs who make a point to devote resources and take action on these issues will connect better with customers and outperform their competitors. Here are the stories of four entrepreneurs and the companies they’ve founded that have succeeded by proudly committing to making a change.

Americans currently consume more clothing—and at a faster rate—than ever before, which is why the apparel industry is currently one of the world’s leading generators of waste. Fast-fashion giants churn out cheap clothing faster than we can buy it at prices that encourage repeat purchases, and clothes are thrown away after a few wears. It’s an unsustainable cycle that hurts everyone involved, from garment factory workers to consumers left with piles of low-quality clothing. Patagonia, founded by Yvon Chouinard, aims to subvert this disastrous loop.

Yvon Chouinard got his start forging and selling mountain-climbing equipment in the seventies after finding himself disappointed with the inefficient products available at the time. He realized after an initial success that his products were contributing to erosion of mountains as the sport increased in popularity. Patagonia was born from that realization.

The company now produces some of the world’s highest quality durable outdoor apparel and equipment, focusing on innovative fabrics, sustainable sourcing, and a transparent supply chain. Their highly technical clothing is considered top of the line among outdoor enthusiasts, but is almost as equally popular with people who wear their gear in everyday life. This is partly because Patagonia’s offerings are subtly stylish and accessible, but also because of the company’s long-standing commitment to doing everything in their power to fight for the protection of the environment, an initiative that they take far more seriously than most billion-dollar companies.

Patagonia strives to make products that will last a lifetime and encourages its customers to buy less of it and repair or reuse as much of it as possible before buying something new. The company made waves with an ad in the New York Times during Black Friday 2011, with a bolded headline that read: Don’t Buy This Jacket.

They’ve continued to shift from the traditional Black Friday formula, choosing in 2016 to donate 100% of the staggering ten million dollars in sales they made that day to grassroots environmental organizations. Most recently, they took legal action against the Trump administration for shrinking two of Utah’s national monuments to a fraction of their size, putting untouched land at risk for exploitation.

The company is now all but a household name and their founder, now far wealthier than he could’ve ever imagined, continues to surf, hike, and reuse his decades-old clothing.

Though she’s never taught in a classroom herself, Wendy Kopp has impacted the lives of millions of children in low-income communities, the places hardest hit by America’s ever-growing shortage of teachers.

As a senior at Princeton University in 1989, Kopp proposed the idea of a national teacher corps as part of her thesis on educational inequity. It was a hardship she’d experienced firsthand as her roommates, first-generation college students from the Bronx, struggled in ways that didn’t seem to affect their equally intelligent, but more affluent, classmates. Shortly after graduation, Teach for America was founded and the first 500 teachers were recruited almost at once.

Students approaching graduation can apply to Teach for America, and selected applicants are trained for months, then assigned to teach in a low-income community for a minimum of two years.

Two-thirds of TFA alumni continue to work full-time in education, and 37% continue to teach. The rest become principals, administrators, or otherwise continue devoting their careers to education. The result benefits the lives of everyone involved: skilled college graduates are given the tools to develop in a career where they can make a difference. Schools in low-income communities get a greater pool of qualified teachers to fill their classrooms. Students in those schools get a better education and a greater shot at rising out of poverty.

You’ve heard of the Great Pacific Garbage Patch, right? The great accumulation of ocean plastic on the planet, lumbering somewhere between Hawaii and California? It covers a surface area three times bigger than the country of France, is made up of an estimated 1.8 trillion pieces of plastic, and weighs something like 80 thousand tons. It traps and kills marine life and is often mistaken for food, adding plastic interminably to the food chain (which includes humans!). Big pieces of plastic break down into smaller and smaller pieces, which are harder to clean up and easier to ingest. The harm done by ocean plastic pollution adds up to about 13 billion dollars a year, including costs of cleaning up beaches and financial loss to fisheries. So, how do you clean up a pile of plastic twice the size of Texas?

In 2012, 18-year-old Boyan Slat had an idea. The thought came to him after a diving trip to Greece where Slat encountered more plastic bags than fish and was astounded by miles of beaches littered with plastic waste. Ocean Cleanup was born shortly thereafter. The company, based in the Netherlands and made up of just over seventy scientists and engineers, is developing technology to rid the world’s oceans of plastic, starting with the Great Pacific Garbage Patch.

His team’s research efforts were greater than had ever been carried out on ocean plastic, and started with little more than a team of individuals with limited resources and not a single boat. They even made cold calls and uninvited visits to marinas to ask strangers with boats if they’d donate their vessels and their time.

The solution his team developed over the last five years is this: dozens of impermeable screens surrounding the plastic patch, held to the surface by U-shaped buoyant pipes, which passively trap plastic pieces as they float into it. The system will act as a piece of plastic itself, floating along to the areas where plastic is most concentrated. Once screens are full, their contents are picked up by boats and brought to land, to be recycled. Systems are set to begin cleanup this year. Not bad for a 23-year-old.

The lack of gender diversity in the technology sector (and STEM fields in general) is well-documented. It’s harder for women to get hired, stay in the industry, and advance their tech careers than it is for men, and even more so for mothers. There are those who say the solution lies in encouraging future generations of women to pursue studies in STEM fields, but this leaves out countless women struggling today. Milena Berry and Katharine Zaleski, formerly of Avaaz.org and the Washington Post, respectively, didn’t think this was enough. Their proposed solution is PowerToFly, which they founded in 2014.

It’s essentially a career network that connects qualified women to positions in established companies (from growing startups to Fortune 500s) that emphasize inclusive hiring practices. A major component of this is the option to work remotely, like a majority of the PowerToFly staff. The technology to support remote work on a large scale has existed for years, and there’s no reason for not taking advantage of it to the benefit of talented women who want to balance their responsibilities as mothers with the development of their careers. (This balance, it should be noticed, is easier for men.) Companies that recruit with PowerToFly benefit from an already vetted pool of applicants, further simplifying the hiring process as well as resources from PowerToFly to help companies implement remote positions.

Julian de Sevilla is the Marketing Specialist at Tresta, a cloud-based telecommunications company in Tallahassee, Florida. He manages social media accounts, blogs, and whatever else happens to land on his desk. 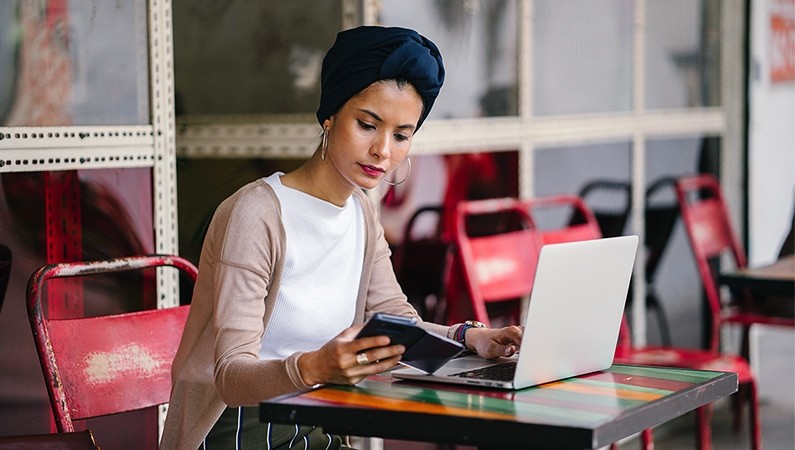 The [elusive] small business grant: Nine tips on what it is and how to find it

Business grants are a great way for entrepreneurs to get funding for a small business, but, are they even a real thing? Yes! And hopefully with these nine tips you’ll find it easier to navigate the complexities of applying for one.
more 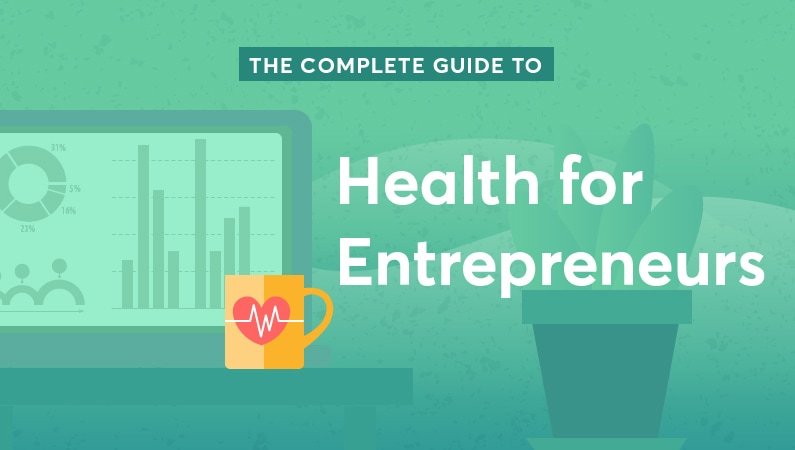 The complete guide to health for entrepreneurs

As an employer, you want to stay on top of your payroll responsibilities. Here are 3 common payroll mistakes U.S. employers make and how you can avoid it.
more
Top