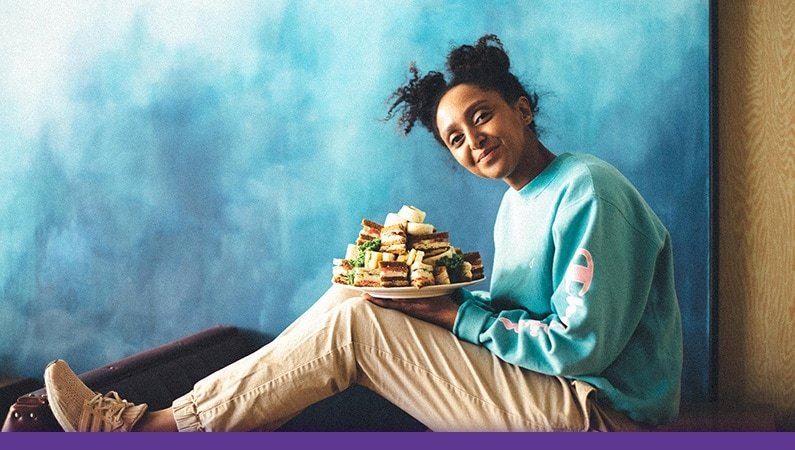 How The Tallest Poppy brought comfort food to the wild west

It’s a post-lunch rush Monday afternoon when Talia Syrie picked up the phone at The Tallest Poppy in West Broadway, one of Winnipeg’s most vibrant neighborhoods. It’s not busy yet, so she takes a second getting settled in for our interview, letting staff know where she’ll be, grabbing a coffee, finding a quiet space.

During the call, she’ll be pulled away a couple of times. None of it is impolite, of course. It’s just that even when it’s “not busy” at a restaurant, it’s busy. And this Monday might’ve been busier than usual.

Syrie, who is the owner and executive chef of the restaurant, guesses it’s because the Winnipeg Free Press is working on a city-wide brunch competition (in which the restaurant placed in the “Savoury Sixteen) and people likely saw some news about the Poppy after an annual dinner she cooks for.

“All the female chefs in the city get together and put on a big fundraiser for the women’s health clinic,” Syrie says. “It’s just a nice time. It was very busy this year, though, the very busiest I’ve seen.”

That’s saying something. Syrie has been busy for a while now.

The first incarnation of The Tallest Poppy began in 2006. Someone suggested that Syrie and her partner start a personal chef company—the kind of service that would prepare weekly meals for people who don’t have the time—and so they set about looking for a commercial kitchen.

The only problem was when they finally found it at The Occidental Hotel in the city’s north end, the owner felt that the neighborhood needed a restaurant. And so he said he’d give them the space basically rent-free as long as they agreed to pivot their idea from a meal-prep service to a restaurant.

Her partner had worked in some serious kitchens back in Missouri, but Syrie’s kitchen experience amounted to washing dishes at the Underground Café in the city’s Exchange District. But the deal was so good, they decided to go for it.

“Then, all of a sudden, it got really busy,” Syrie says. “I think people thought it was funny. I remember these women came, and they were these kinds of obviously fancy ladies from the south end, and I was like, ‘What brings you here?’ And [one of them] said, ‘We heard a Jewish girl had opened a restaurant in the north end and we thought that was very funny, so we came to check it out.’”

Funny as the idea might’ve seemed to some, it got so busy—and they dug themselves into such a crazy hole—that they had no time for catering, couldn’t figure out how to make things work, and eventually shut down the restaurant.

But locals loved The Tallest Poppy and the food Syrie and her partner had been slinging. In fact, yours truly maintains that his life was never the same after testing out the pulled pork and brisket sandwiches at their Winnipeg Folk Festival kiosk in the late ’00s. Syrie says she cooked an actual metric ton of pork butts the final time they worked the festival.

“It weighed as much as two cars or something,” she says. “It was crazy.”

It was largely the melding of two different and complementary styles. It was the gastronomic marriage of her Israeli background and her partner’s Southern influences that led to their great eats.

“A lot of those sort of peasant foods were very similar, there was a lot of overlap, and they really lent themselves to each other,” Syrie says. “There was a lot of congruency with those two styles of cooking. So, we kind of squished them together, and that’s what came out of it—that pulled pork recipe, which I think was her grandmother’s, and the brisket recipe, which was my grandmother’s.”

In 2014, a few years after they shut down the first edition of the Poppy, Syrie was walking her dog down Sherbrook with a pal who, upon seeing the blinds closing off the vacant space at the front of the Sherbrook Hotel, suggested she check out the space. Around six months later, they were open again for business.

A new location and a new start

Still, there were lots of challenges. They had to raise money to open the place, and would now be paying rent regularly. The new space would be more of a proper restaurant than the first—where they mostly cooked what they could with what they had—and that meant Syrie had to figure out how to manage an inventory. Staffing a restaurant is notoriously difficult. While it might be your whole life as an owner, you can’t really expect the same from the people who work for you. And of course, there are constant unpredictable costs.

“Managing that is crazy,” Syrie says. “Like, all of a sudden something breaks, and you hadn’t budgeted for all of a sudden coming up with $1,500 for a new one. My kitchen manager broke his toe the other day, and we run on a pretty tight crew, so, it’s super challenging. Today, I’ve been grating cheese and washing dishes, because that’s what you have to do sometimes.”

The elbow grease is clearly paying off. The Tallest Poppy is one of the most popular and recognizable businesses on the street. And along with the hard work, the neighborhood and its residents are part of the perfect storm that keeps the business busy.

The Tallest Poppy isn’t just a restaurant, either. They regularly throw Drag Brunches, put on late-night parties with DJs, and host screenings of RuPaul’s Drag Race. The events offer up the restaurant as a place for members of the community to come together and connect over comfort food and shared interests.

“There’s this family that comes,” Syrie says about the get-togethers for the hit TV show. “And they have a 10-year-old kid who dresses up every week and the kid is just so excited all the time about having a place where they can come and feel comfortable doing that. It’s pretty magic.”

The other element of that perfect storm is pretty simple: Syrie gets bored easily and wants to make sure she’s entertained. Luckily, other people find the things she thinks are fun are a blast, too.

“I always said I wanted to try to do at least one weird thing a month,” Syrie says. “And so we just try to make sure that there’s a weird thing going on every so often. Sometimes it’s really weird and sometimes it’s less weird, but we try to keep things mixed up a little bit. You can all of a sudden be going through the motions and not even realize it’s happening. All of a sudden you’re doing the same thing every day. For me, that can get depressing.

So, what has she learned from the Poppy’s rise and fall and rise?

“There’s no such thing as common sense,” she says. “That’s not a thing. Some things seem so obvious, and they aren’t obvious things. But I’ve also just learned that it’s important to set realistic goals for yourself and the people you work with. Because if you don’t, you live in a constant state of disappointment and everybody feels bad all the time. So, it’s just a 100% better idea to set a reasonable, realistic goal, and then maybe exceed it, and then everybody gets to feel doubly good about themselves. But it’s not valuable to say, ‘We’re gonna be perfect at everything all the time!’ It’s not a reasonable bar to set for anybody.’”

Syrie continues to come up with ideas for the space, too, and what she can do with The Tallest Poppy. She wants to expand catering. She’d like to start hosting more events. One of the staff members wants to throw some music-related parties. And starting in the summer, QPOC Winnipeg is going to start putting on monthly events there. To put it simply, Syrie will continue to keep busy. But it’s for a great reason.

“I do want it to be a place for everybody,” Syrie says. “I want people to have access to it.” 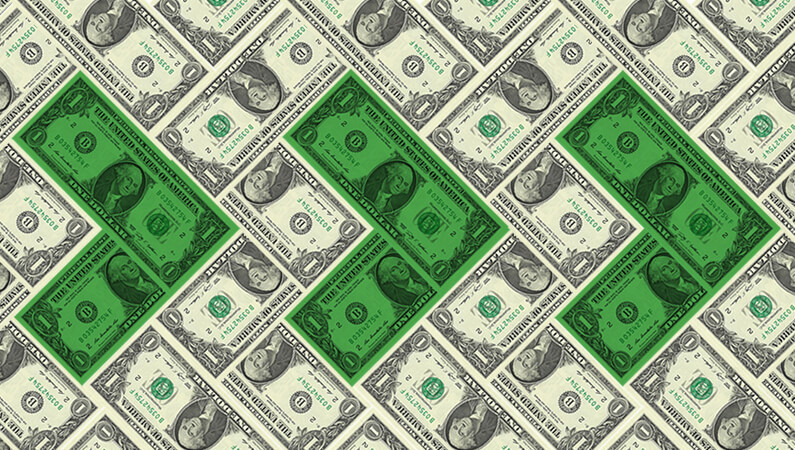 Running out of cash is the second most common reason small businesses fail. Learn how to understand cash flow and manage it right with tips from a CPA.
more

Announcing our exciting partnership with myBestHelper! 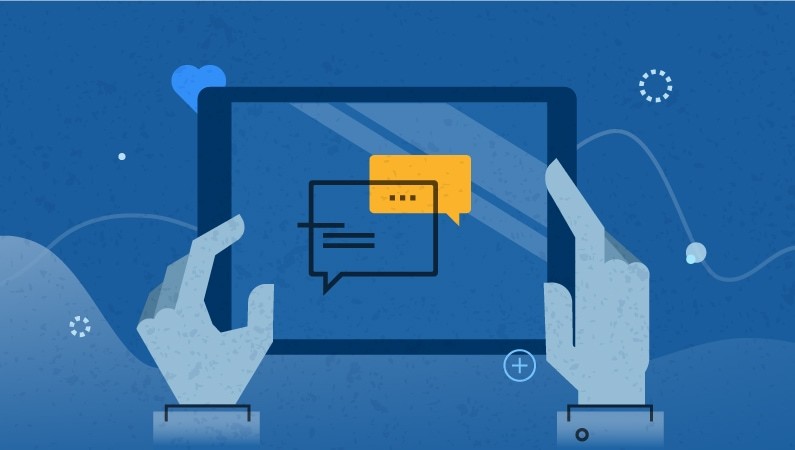 Digging into social media marketing for your small business for the first time can be overwhelming. We wrote this guide to help you focus on what you really need to know to build a successful social media strategy.
more