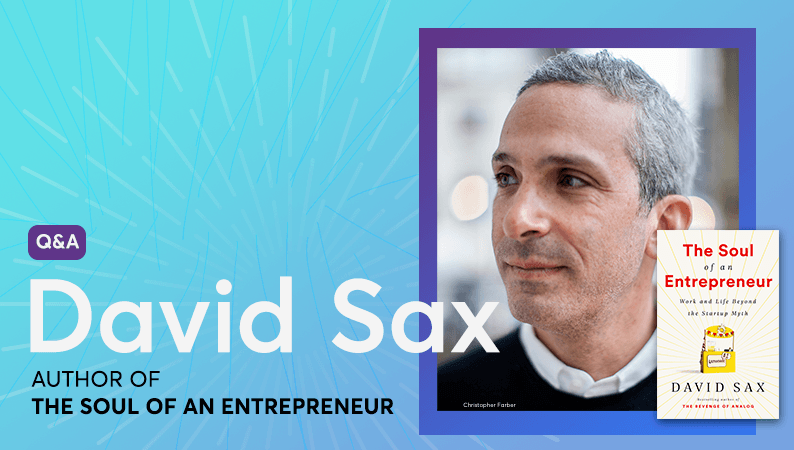 The Soul of an Entrepreneur: Q&A with David Sax

David Sax is a best-selling Canadian author who recently published his book The Soul of an Entrepreneur which focuses on dispelling the myths behind entrepreneurship. We sat down with David to learn more about the book and to ask him for his expert advice on what it means to be an entrepreneur in today's society.

What does it mean to be an entrepreneur, and how do you think that might be impacted by the economy today?

I think what it means to be an entrepreneur is a universal thing. Regardless of what industry you’re in, regardless of where you live, or to which social or economic circumstance you belong, it really comes down to two things: the freedom to work for yourself, and the risks that come along with that.

As an entrepreneur, you have the freedom to work on the type of projects that you determine you want to work on. You can build the business you want, work the hours that suit you, choose how you interact with people or whether you decide to wear suits or sweatpants to work. It all comes down to the freedom of being an entrepreneur. The cost of that is the financial risk that comes along with it–as well as any personal and psychological risks of losing yourself in your work. As an entrepreneur, your identity becomes so tied up in your business, that when things don’t go well you risk getting too caught up in your ego.

I think that what we’re seeing now is an extreme example of that. The risks are everywhere and they’re apparent. These risks are not something that’s being caused by individual entrepreneurs but they certainly are being felt by the millions of small businesses that are being threatened by the state of the economy. This crisis is being personally felt by entrepreneurs that are worried about keeping their businesses alive. But with everything going on, the freedom still remains. They have the ability to do what they need to in this current moment and that they don’t have to sit there and watch as their business withers away. Entrepreneurs have the freedom to take action by finding a new market or a new idea to create new opportunities for themselves, and that's something that we're seeing everywhere.

For those who still feel the pressure of uncertainty, how can they tap back into that resilience?

I think entrepreneurs can tap into that resilience because it's likely already within them. There is no entrepreneur that I know who started out on day one and says that it’s been smooth sailing ever since. That sort of fairytale just doesn't exist. We've all faced setbacks, we face daily setbacks, sometimes we face them by the hour.

I think the thing that I’ve found from the entrepreneurs I’ve spoken with, is that people who have faced tremendous odds–like immigrants who have fled fromSyria and had to rebuild businesses or people who recover from a serious illness or have gone bankrupt–the thing that keeps them going isn’t the thought that tomorrow they’re going to be a million dollars richer, but it goes back to the reason that made them become an entrepreneur in the first place.

All entrepreneurs are driven by something that is the reason for doing what they do and usually that is not money. Because money is never guaranteed. It is something deeper. For some people, it’s contributing to their community in a way that helps them give back or build that community that they want. For others, it's a way of taking their values and bringing those into the world through the businesses they create.

Entrepreneurs have a well of resilience they can tap into. It’s about asking themselves why did I start doing this in the first place? Yes there was the hope of making money, but it’s usually something else, something deeper. There’s an opportunity to tap into that feeling by asking yourself if that mattered to me then, it should still matter to me now, even in this context.

If entrepreneurs are forced to close their doors, how do you think that could impact our communities?

I think we’ve seen it already. From day one of this crisis, the recovery and the response has been led by entrepreneurs. It was some large conglomerate who were sending meals to hospitals for health care workers. It was the small restaurants, coffee shops and grocery stores in those communities that realized that not only do they need to save their business but that they play an integral role in the community they’re in.

Everywhere I look I see small businesses doing things without the motivation of profit because they realize they are a strong part of that community. They owe that community as much as that community owes them. I think we’re all seeing this around our neighbourhoods. We don’t know which stores will reopen and that starts to sink in that their value is more than just the products or services they sell. Small businesses are the stitches that hold together the fabric of the community.

What are some of the ways we can support them and how can they take care of themselves?

I think we have to support them with our dollars when it’s possible, safe and appropriate. In an era when we can order so much stuff online, and even though it’s becoming cheaper and easier, I know a lot of people who are actively buying more from entrepreneurs in their community because they realize the value they hold to their community.

Entrepreneurs need support right now. They need people to talk to, whether that's other entrepreneurs, friends or family– someone who can speak to them about what they are going through. Having that ability to talk to someone who can help them out financially or give advice around legal questions as they look to change markets or shift their business. Even emotional support is really key. It is not just a job, it is someone’s identity wrapped up in the work that they do, which makes it really personal.

The challenges facing entrepreneurs now are entirely out of their control. No one who owns a business can control when a vaccine is available or when an economy will lift open up. They are only able to do what is in their control and that can feel incredibly powerless. A lot of entrepreneurs might take it personally if their business suffers or if their business has to close. They might see themselves as a personal failure. This can lead to psychological strife, depression, and all the problems that come with that. I think entrepreneurs need to realize that it’s time to speak up and to seek help because this is not their fault. Even in the best of times, it's important to remember that the business failed but you yourself are not a failure. It will hurt but it is not the end of you, it is not a failure of you as an individual as an entrepreneur.

Being an entrepreneur yourself, is there anything you would like to tell other entrepreneurs as they navigate through these challenging times?

This is an extreme version of what we always go through, which is living and accepting a lot of uncertainty. Having the ability to act on our own as we see fit. We’re still bound by the risk but still have the freedom. That’s what makes you an entrepreneur. The only thing you can really do is leaning into that. Tap into your entrepreneurial spirit and figure out that you can’t change the situation but you can change what you do. Ask yourself, what can I do today? What can I do tomorrow? How can I use what I have and what is available now to take that action? Indulge in that freedom and face that risk head-on. 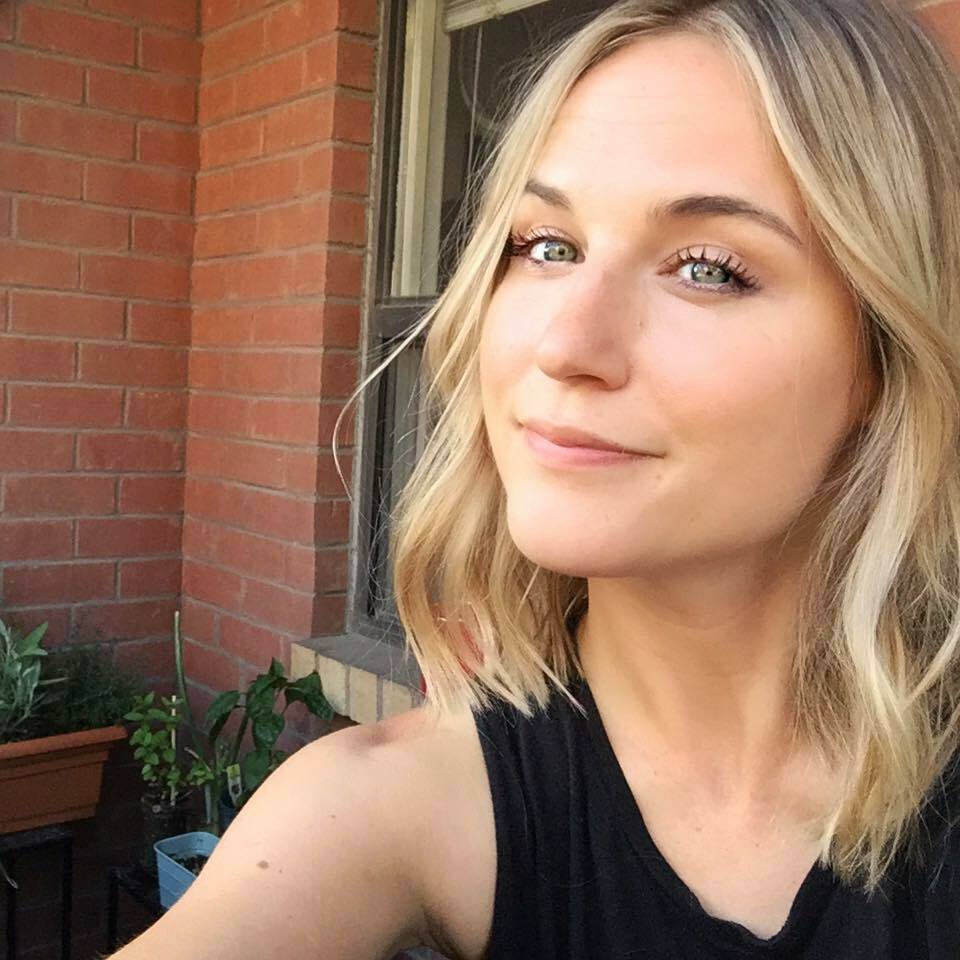