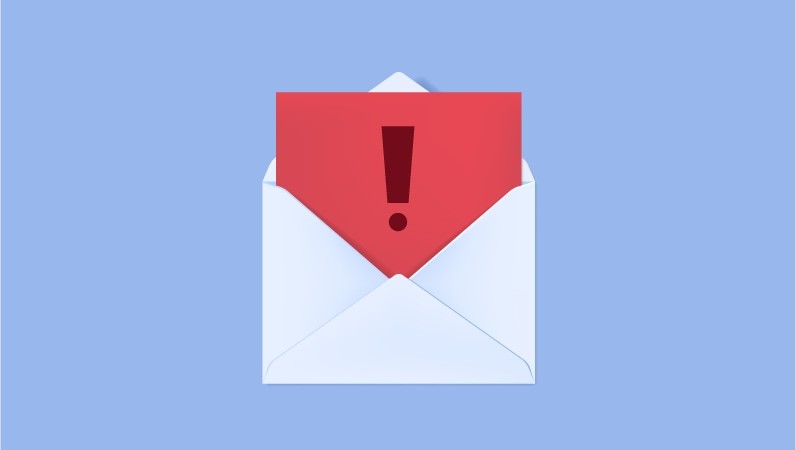 I got audited and lived to tell the tale

This is a real story by an actual Wave customer based in Canada, as told to Kristin Knapp. We’re keeping the story anonymous at his request to protect his privacy.

One day last fall I got a letter in the mail. It was in a plain white envelope with my name on it, and the return address was for the government’s revenue office. I was eating an apple as I tore it open, focused more on my post-work hunger than on this letter, until my eyes fell on one word, right there in the second paragraph: audit.

I sat down at the kitchen table, reading so fast the words weren’t even sinking in. But there it was again in black and white. I was being audited. I felt a rush of emotion—fear, disbelief, and stress at the thought of adding this to my already full plate.

The truth is, I’d never really thought much about being audited. That was something that happened to big companies with questionable business practices, or wealthy suit guys with yachts and offshore accounts. I, on the other hand, was working a full-time job and just used Wave’s payroll system to pay my nanny who looks after our kids while my wife and I are at work.

I’d never even really thought of this relationship as a business. After all, our nanny felt like a member of the family. But in that moment I realized that I was her employer, which meant that technically I was running a business. And it also meant that I could be audited.

My first thought was, “What did I do wrong?”. Or, maybe more accurately, ”What didn’t I do right?” Could there have been a moment where I did something not quite by-the-book, unintentionally, simply because I wasn’t thinking like a business owner?

I realized that the best course of action was to learn as much as I could about the process and what being audited really means. I needed information to help me get through my audit, but also I wanted to learn how to do things right because knowledge is power. And, in the end, I learned a lot.

Here are some of the biggest lessons I learned from my experience getting audited.

I wasn’t in this alone

The first thing I did was go online and try to find some information that would help me understand what to expect from people who’d already been through an audit. While I, of course, took what I read with a grain of salt, it made me feel better to see that this happens to a lot of people.

Going online helped me understand how the audit process works and what I needed to do to prepare. I started to get a sense of the steps that I would need to follow, and the different variables and situations that affect what happens.

The first thing I needed to understand was who exactly was the subject of the audit? Was it me as an individual, or the business I was technically running?

I had registered my business under my name to run payroll for my nanny and file the appropriate taxes, so I was considered a sole proprietor in Canada. Two pieces of important information I learned from my online search were that: 1) that someone in my specific situation needs to remit payroll taxes on a quarterly basis; and 2) that how you pay an employee for some taxable benefits—like public transit passes—matters from a compliance perspective.

I was relieved to see that I was ahead of the game on the tax remittance matter. Since I was using Wave for payroll, I was already remitting taxes monthly through the system, and by law I was only expected to do it quarterly.

It turned out, though, that I had made a mistake on how I handled my nanny’s transit passes. This was due to a lack of understanding on my part about taxable benefits and how to properly give them to my employee. It wasn’t a huge issue, but it could have been if I had given her other, more expensive types of gifts or benefits without understanding the rules, so it was a valuable lesson.

Online stories are never a substitute for real, professional advice, of course, but I still recommend starting there because of the positive effect it has on your emotional state to know that others have been through this before you.

I didn’t need to be scared

Audits aren’t as scary as they sound (unless you’re knowingly committing fraud, of course!).

I was surprised to be connected to a real person when I called the number on the notice I got in the mail. I told the woman that I had never been through an audit before, and I got the feeling that she genuinely wanted to work with me and help me understand how to do better in the future.

In fact, I learned from the Canadian Revenue Agency that they actually make a point to contact small businesses for an audit in their first few years of operation in an effort to help teach the correct processes so that business owners won’t make big mistakes later on.

Ultimately, auditors are just people—but make no mistake, they’re there to do a job and they take it seriously. So be honest, open to feedback, and ready to face errors head-on, and the whole process will feel a lot less scary and stressful.

The audit experience could have been much more difficult if I hadn’t kept such good records. The fact that we were doing everything electronically through Wave was a huge benefit in the audit process, because we had complete records ready to go.

My auditor came over to my house armed with a laptop that had a software designed to calculate and verify the information I’d filed. We loaded up every paystub and went through one-by-one, looking at the amounts paid to verify if things were done correctly.

We also had to provide a record of all of our banking transactions (to show outgoing payroll payments), personal net worth and value of our home, and our checkbooks. I had access to 18 months worth of transactions online, but had to reach out to the bank to pull earlier data, which took a couple of weeks to receive.

What I learned was that the more organized you are—especially if you’re storing your records in an online software—the easier the audit process is. And it’s worth noting that our auditor appreciated that organization, as well—who knows if she would have been as accommodating if we showed up with a shoebox of receipts and incomplete paperwork!

Mistakes can be fixed

The biggest lesson I learned from this whole experience was that mistakes happen, even when you have the best of intentions. Because I was focused on my family, I didn’t think about our nanny-employer relationship as a business relationship. Truthfully, I didn’t give those payroll transactions the same level of attention as I would have in other situations that felt more formal.

I made mistakes, but I was surprised to find that most were fixable. My auditor helped me understand the steps I needed to take to do that, and I learned so much in the process that would help me in the future.

If you get audited…

Don’t panic. Talk to other business owners or go online to see how the process goes, and have an introductory call with the revenue agency to see how best to proceed. An accounting professional will also have tips on how to handle your audit, and be able to help you prepare.

In the meantime, get organized, and if you’re not sure the right way to do something, call your government’s revenue office and find out. You’ll thank yourself later!