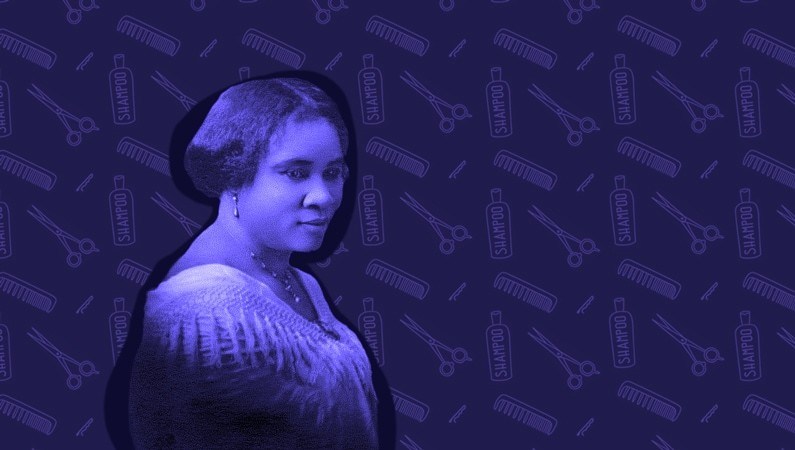 We continue with the second installment of our list of great entrepreneurs from history. If you missed Part 1, you can read it here.

When it comes to entrepreneur mottos, that’s about as good as it gets. There’s a decent argument to be made that Steve Jobs was the most successful entrepreneur of the information age. He started Apple in 1975 in his parents’ garage with his school friend Steve Wozniak, and grew it into the most successful tech brand in the world and one of the most important companies ever.

The story of Apple is that Wozniak was the electronics wizard, while Jobs was the “big picture” marketing genius. Wozniak had been attempting to construct a small computer as a hobby project. It was Jobs’ entrepreneurial spirit that saw where it could go. Until that time, computers had been cumbersome machines that were mostly used in the business world and required specific training to operate. Jobs saw a market for a personal computer, not just for businesses and electronics nerds—he saw a “computer for the rest of us.”

In Alex Gibney’s 2015 documentary, Steve Jobs: The Man in the Machine, there’s a clip of an Al Gore speech in which the former US Vice President surmises that what made the Apple co-founder different is that Jobs made products that people actually loved. He made us love the computer as an object. In a sense, Steve Jobs changed our relationship with the computer—not through the code or the software per se, but by making the object itself something that we embraced as an essential part of our lives.

He did that every time Apple released a new, game-changing product: the iMac, the iPod, the iPhone, the iPad, etc. It’s telling that jobs referred to the people who designed the MacIntosh as “artists.”

It was Jobs’ vision and insight that the personal computer is an extension of the self; that our tech devices could be more than useful tools, more than simply things we used. They could be beautiful objects that become part of who we are.

Steve Jobs’ vision and imagination for what the computer could be transformed the way we relate to the central technology of our time. That’s what makes him one of the most important entrepreneurs in history.

Any list of great entrepreneurs that includes Steve Jobs also has to include Bill Gates.

Bill Gates is one of the most famous entrepreneurs of our era. His net worth is estimated at than $90 billion (USD). He’s been named the richest person in the world for most of the past two decades. But, of course, being an iconic entrepreneur is about more than getting filthy rich.

Co-founder of the world’s largest PC software company, Microsoft, Gates was one of the defining figures of the personal computer revolution. Microsoft’s products, such as the Windows operating system, MS Word, MS Excel, and many others, continue to be enormously popular.

One of the things that makes Bill Gates a great entrepreneur is that he understood the value of what he was creating. This was evident very early in his career. In the mid-1970s, Microsoft started releasing its own software, but against the prevailing culture of programmers and code geeks who tended to copy and share software, Gates insisted that he and his company owned their software and that anyone who used it should pay for it. This kind of aggressive business tactic (which he and Microsoft were to become known for) made him unpopular in the fledgling programmer community. It also made him rich and successful.

Another example of Gates’ shrewdness: When IBM asked Microsoft to design an operating system for their personal computers, Gates bought an existing OS and developed it into MS-DOS. But when IBM wanted to buy the rights to the source code, Gates refused. So IBM had to license the OS from Microsoft. This put Microsoft in a much more advantageous position. As other companies started to introduce their own lines of PCs, Microsoft sold the OS to them too.

Bill Gates was the quintessential computer geek genius who understood the tech under the hood, but also understood marketing and business strategy. Lots of people could develop the software; Gates developed the industry.

Part of almost every entrepreneur’s story involves overcoming obstacles, challenges and doubts to see your vision through, often in the face of naysayers and against the current of accepted thinking. That’s why the story of Madam C.J. Walker has a place on this list.

She was born Sarah Breedlove near Delta, Louisiana in 1867, the first member of her family to be born after the abolition of slavery in America following the US Civil War. Her parents and older siblings had been plantation slaves. She was orphaned when she was only seven years old. From that beginning, she went on to become one of the 20th century’s most successful female entrepreneurs and she’s widely considered to be the first black woman in America to become a self-made millionaire.

How’s that for a turn-around?

You might say the idea that launched her success came from the top of her head. Like many other black women of her era, as a result of using products like harsh soaps that contained lye, Walker suffered from scalp ailments that sometimes led to hair loss. Having had older brothers who were barbers, she knew a little about hair care, and so she developed her own homemade remedy.

Like a good entrepreneur, she saw that there was a market for her product that wasn’t being served. In 1905, she started to sell her product, Madam Walker’s Wonderful Hair Grower, and later launched an entire line of hair treatments and beauty products designed specifically for black women. Her products proved to be very popular, and were soon being sold in stores all around the US.

In 1908, she established a college where she trained hair care and beauty “culturists” who would then act as sales reps for her company’s products, eventually training as many as 20,000 such agents.

She later went on to form associations to teach other female entrepreneurs how to develop their own businesses and gain their financial independence. After her death in 1919, the Madame C. J. Walker Manufacturing Company grew even more, eventually expanding beyond the United States to countries in Central America and the Caribbean.

And to think that she achieved all that during a time when segregation was still lawful and women were fighting for the right to vote. It’s not hard to imagine the up-hill battles she must have faced every step of the way, because of her gender and her race.

Shrewd, strategic, intrepid and determined, Madam C.J. Walker is a fantastic example of the entrepreneurial spirit.

Famous for his publicity stunts and his adventures, Sir Richard Branson is the British entrepreneur who founded the Virgin Group, which encompasses more than 400 companies worldwide.

And it all started in 1970 with a hippy magazine and a mail-order record store.

Branson struggled with dyslexia and dropped out of school at the age of 16. In 1969, he was living in a commune in London, in the midst of the local music scene, and he had started a youth-oriented magazine called Student (he actually sued the Beatles once for not delivering on a promised interview). To help fund the magazine, he started a mail-order record business. He called it Virgin.

The new venture was successful enough to allow Branson to launch a record store on fashionable Oxford Street, which also proved to be a very prosperous enterprise. The success of the record store eventually led to Branson opening a recording studio in 1972, and thus Virgin Records was born.

Thanks to the fact that the first artist signed to the new label had a huge hit right out of the gate—Mike Oldfield’s Tubular Bells in 1973—Branson was able to use that success to attract other artists to the fledgling label. Eventually, Virgin could boast acts like the Sex Pistols, Culture Club, the Rolling Stones, the Spice Girls, Janet Jackson and Genesis, to name a few, making it one of the top record companies in the world.

Branson started to diversify the Virgin brand to include the Voyager Group travel company in 1980, and Virgin Atlantic Airways in 1984. He also launched a chain of Virgin Megastores, eventually expanding to hundreds of stores.

But by 1992, the company was having financial difficulties, and to finance the airline, he sold Virgin Records to Thorn EMI for $1 billion. Losing the label was devastating to Branson, as he saw the music business as the place he started from. But he vowed to get back into the business, launching Virgin Radio in 1993, and then eventually in 1996, starting V2 Records, which attracted artists such as Tom Jones, Moby and the White Stripes.

Since then, Branson has continued to branch out. The Virgin Group expanded to 35 countries, adding a train company, an extravagant game preserve and a mobile phone company.

So what can Branson’s path teach you as an entrepreneur? Well, for one thing, sometimes tough decisions and sacrifices are needed to keep you afloat. But, as long you’re still going, there are ways to get back what you lost.

And some of his more recent enterprises—Virgin Galactic (space tourism) and Virgin Oceanic (deep ocean tours)—show us a man who keeps looking for new frontiers.

Branson is an example of someone whose entrepreneurial spirit can’t be snuffed out. Someone who continuously looks for new opportunities and ventures (not to mention adventures) and who saw no horizons. From a scruffy mail order record business to Virgin Galactic, Richard Branson is an entrepreneur for whom the sky is not the limit.

So what did you think of our list of great entrepreneurs from history? Undoubtedly, there are names we omitted that you would have included. Tell us which entrepreneurs inspire you!

But if you take one thing from each story on this list—Thomas Edison’s ingenuity, Steve Jobs’ vision, or Madam C.J. Walker’s determination—perhaps you’ll come away with a few nuggets to help inspire you on your journey as an entrepreneur.

Great entrepreneurs from history: part one
Passion over practice: How 20-year-old Riley Millican excels as an entrepreneur