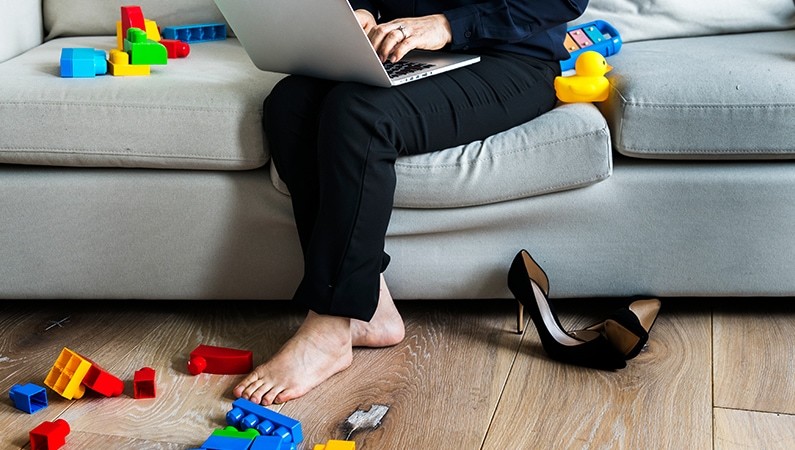 10 examples of women killing it as moms/entrepreneurs

Moms deserve plenty of credit for all the things they do. This is especially true for moms who are also business owners.

That’s because business-owning mothers hustle hard, both at the office and at home.. According to one survey from, 99designs the majority (79%) of female entrepreneurs surveyed had 1-2 children at the time, and 71% of these entrepreneurial women are the primary caretakers for their little ones.

To celebrate hard-working, “mompreneurs” everywhere this Mother’s Day, we’re highlighting 10 amazing women who have built both a thriving family as well as successful businesses.

Shortly after the birth of her daughter, Alyssa Kerbel realized the dearth of ethically made baby clothes in neutral colors. The new mom had already spent a decade working in the fashion industry, so she drew upon her experience to create mini mioche in 2008.

Since then, mini mioche has grown from an independent children’s clothier to a successful ecommerce business with two brick-and-mortar stores in Toronto. This mom of two continues to grow this booming baby brand that sells basics, footwear, and accessories.

Along with her husband Eric, Lisa Greenwald started Chewbeads in 2009 after their birth of their son. Because little ones often explore the world with their mouths, Lisa found that her son went for her necklaces when she was holding him.

So, Lisa had the idea to create fashionable jewelry that was safe for toddlers to chew. From there, Chewbeads was born. Since then, the entrepreneurial pair has created a line of 100% silicone teether jewelry that’s free of BPA, PVC, phthalates, cadmium, and lead. Their products are now sold in more than 2,000 stores.

Nura Afia is a popular beauty vlogger who has built her own brand as an influencer. With more than 200,000 YouTube subscribers, the Colorado-based influencer accumulated a massive following with her makeup tutorials. She also regularly features her adorable daughter Laila in her videos.

Almost a decade ago, mom Susan Petersen became flustered with the lack of well-made baby shoes available. Babies need soft shoes that also stayed on their feet—so when she couldn’t find such shoes, she decided to create them.

Using a bag of leather scraps and some ingenuity, this mom of two created her first pair of baby moccasins for her son Gus. Realizing that other parents were likely facing the same problem, she created Freshly Picked.

Since then, her business has exploded. Freshly Picked has sold many hundreds of thousands of baby shoes and Petersen herself has made appearances on shows like Shark Tank and Ellen to promote her growing business.

After being introduced to engineering at a young age by her high school math teacher, Debbie Sterling was appalled by the small number of women in her engineering program at Stanford. Once she graduated with a degree in Mechanical Engineering/Product Design, she decided she wanted to create something that piqued young girls’ interest in engineering.

To accomplish this goal, she decided to “disrupt the pink aisle”—to create a toy that would introduce girls to “the joy of engineering” from a young age. And in 2012, GoldieBlox was born.

Through storytelling, GoldieBlox creates toys, books, apps, videos, animation and merchandise to teach STEM (Science, Technology, Engineering and Math) principles and show young girls that they can build anything.

While you may not be familiar with this prolific writer and showrunner, you’ve likely heard of her shows. Shonda Rhimes, founder television production company Shondaland, has created popular television series like “Grey’s Anatomy,” “Scandal,” and “How to Get Away With Murder.” Creating three wildly popular TV shows has earned her numerous prestigious accolades as well, including eight Emmys.

In 2015, she also published her best-selling book, “The Year of Yes: How to Dance it Out, Stand in the Sun and be Your Own Person.” The best part? She’s accomplished all this while raising three young daughters.

Mommy Choi is likely one of the hardest-working 70-something moms we know. This saucy mom of two (her son is renowned chef Roy Choi) decided to flex her own culinary muscles last year when she opened her own business.

At 71, Mommy Choi created her own line of Korean sauces, dubbed “Mommy Sauce.” With flavors like Bulgogi and Kimchi, Mommy Choi’s ready-made sauces are a perfect way to pep up homemade meals.

As a former English teacher, Julie Aigner-Clark had a deep love for art, music, and literature. And when she resigned from her teaching position to be a full-time mom, she was eager to instill a love of art and culture in her little one as well. But when she searched for educational materials for young babies, she came up empty-handed. That’s when Baby Einstein was born.

Once she latched onto the idea, she spent her free time shooting and editing the videos herself in her basement. She spent a year and invested $15,000 in creating her first round of enriching baby videos. After selling 100 videos to a retailer, which sold out in two days, word of her Baby Einstein videos spread like wildfire. After growing the business to $25 million in revenue and five employees, she sold Baby Einstein to children entertainment giant Disney.

Sisters Allison Hottinger and Lisa Kalberer share more than a family bond. In addition to sharing DNA, these entrepreneurial sisters also created and run their own business.

Both Lisa and Allison share a love of Christmas and bringing together their respective children for festivities and traditions. But the sisters found it was easy to lose the spirit of the holiday and wanted to create a new tradition that drove home kindness and giving during the special season. After some brainstorming, the pair came up with The Giving Manger.

The Giving Manger is a holiday kit complete with wooden manger, baby, straw, and book that inspires families to serve others. Families assemble the pieces slowly during the holiday season after doing good deeds (the pair suggest things like donating food to your local food bank on their website). And after launching a successful Kickstarter campaign, the seasonal business was born. The Giving Manger now sells online and in dozens of select boutiques across America.

Alyssa Furtado is one of the well-known tech whizzes in Toronto’s bustling startup scene. She founded mortgage comparison site RateHub back in 2010, and has since grown the company to around 50 employees and more than 5 million users.

As if scaling a successful company and growing her family wasn’t enough of an accomplishment, Alyssa also led a well-received pitch on Dragon’s Den in 2016. While the Dragons engaged in a bidding war to give Alyssa and RateHub funding, she was able to turn down the deal for an even better one—a $12 million venture funding round. 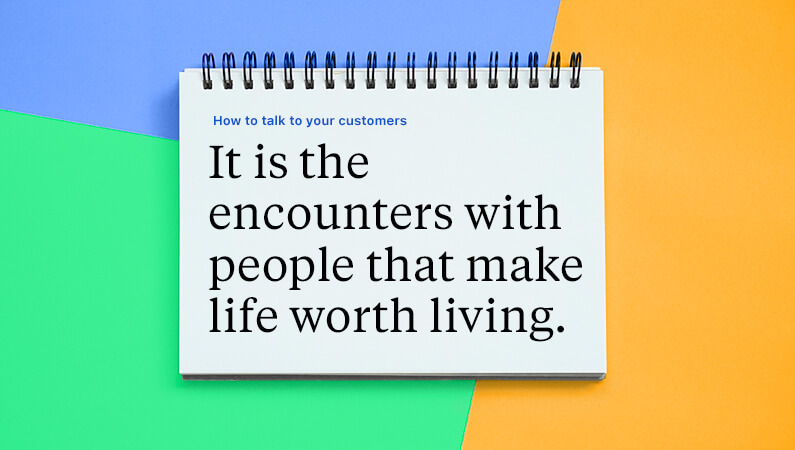 Six brilliant quotes to inspire awesome communication with your customers 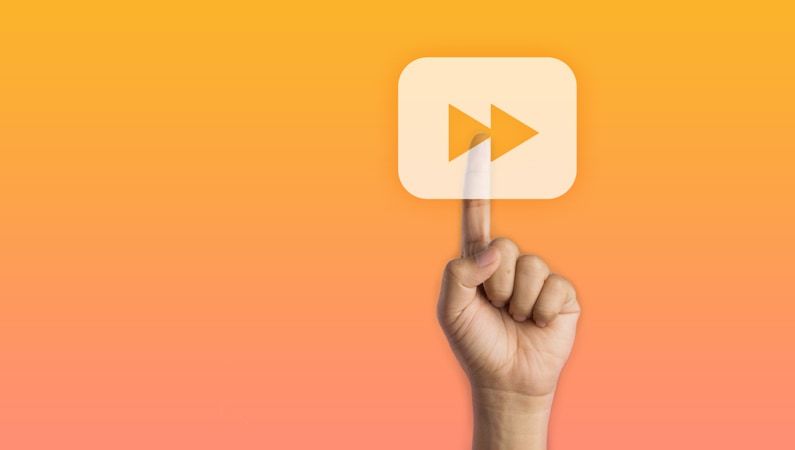 How to transform your business by systemizing and automating

One of the secrets to business success is finding ways to spend less time on administrative tasks. Here’s how to increase your billable hours and save time for business development by systematizing and automating daily tasks.
more 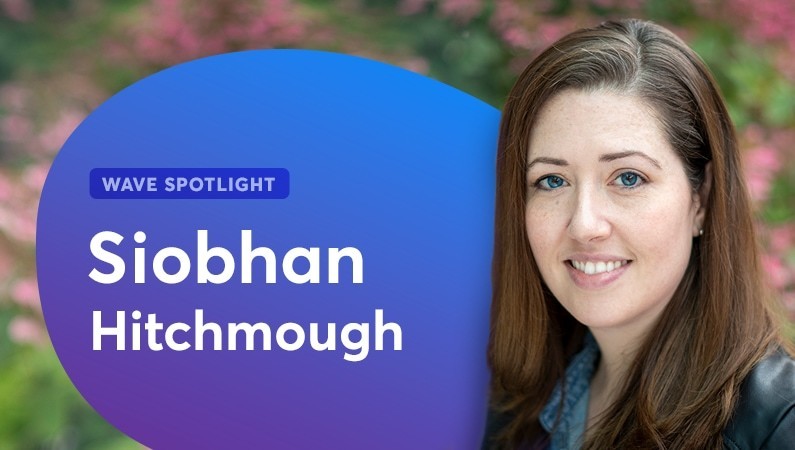 This is Siobhan. Siobhan is a huge Harry Potter fan who wishes she could get ahold of a time turner to add more hours to the day!
more