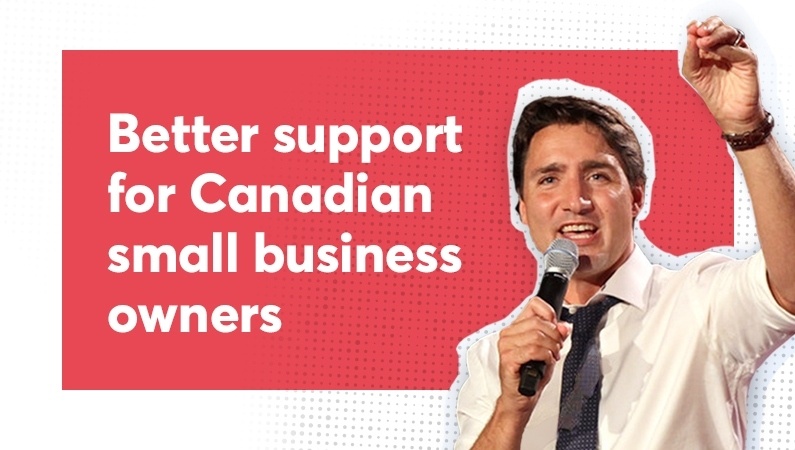 Canadian entrepreneurs: get excited for legislative changes that could help you!

What does this mean for your small business? Overall, these changes seem likely to help small business owners by removing legislative red tape, opening up new markets and reducing some of the fees associated with running a small business in Canada. Mandate letters, which are sent to every minister following the formation of a new government, effectively serve as the new government’s marching orders for the coming term.

While the list of priorities outlined in the letter are long, a few are more likely than others to have a direct impact on Canada’s small business community. Here are a few of the most important mandates.

As it currently stands, small business owners need to pay federal sales taxes when accepting credit cards and debit card payments, known as the “swipe fee.” According to the Canadian Federation of Independent Business, the fees amount to nearly $500 million per year. In keeping with a pre-election promise made in September, the federal government will now seek to eliminate the GST and HST paid on credit and debit card transactions, which will save small business owners tons of money down the line.

Another key mandate of Minister Ng’s upcoming term is the creation of the “Entrepreneur Account,” which will provide funding of up to $50,000 to as many as 2,000 Canadian entrepreneurs per year. The account will be administered through the Business Development Bank of Canada (BDC) and awarded to entrepreneurs who leverage its advisory services.

As one of the world’s most diverse countries, Canada maintains an inherent advantage when it comes to selling in foreign markets. In the coming term, the Prime Minister has given his Minister of Small Business, Export Promotion and International Trade the task of examining current export programming to ensure Canada is maximizing its benefits for our small and medium sized businesses. Minister Ng was previously given a mandate to help the country increase its overseas exports by 50% by the year 2025, and has already committed $5 million to FedDev Ontario, as well as $1.7 million to Innovation, Science and Economic Development’s Mobilizing SMEs to Export initiative.

What does that mean for Canadian entrepreneurs?

Overall, these changes will help ease a number of financial burdens for Canadian small business owners. By lowering fees and reducing legislative red tape, the mandate will go a long way in helping entrepreneurs grow and maintain their businesses, and contribute to a growing community.