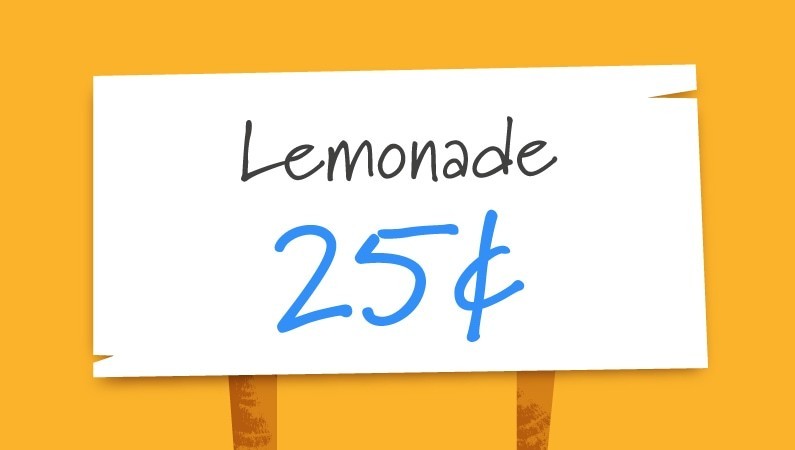 Believe it or not: nine entrepreneurship myths debunked

Some myths—like the ones our parents told us growing up—can prove to be pretty useful. After all, who knows how much bubble gum we would have eaten if we didn’t believe it took seven years to digest. Unfortunately, some myths aren’t as helpful, especially if they lead us to doubt ourselves, our skills or our potential. (I’m sure there are a bunch old dogs learning new tricks right now who would agree.)

If you’re contemplating starting a new business but have heard things that left you with concerns, these are nine myths that you can stop worrying about.

All entrepreneurs are risk takers.

Not to start off all philosophically or anything, but what exactly is risk, and how is it measured? Does it have a financial value attached to it? Does it only apply to our health or well-being? When does a plan go from being unconventional to being risky?

Sure, it can seem like a far-fetched idea to quit your day job and go after something you really, really want instead. But the truth is, (most) people who turn that far-fetched idea into a reality have spent a lot of time figuring out how to make it work. Entrepreneurship isn’t something that happens on a whim; calculated, data-driven and purposeful hard work is what makes it possible. It’s challenging for sure, but risky? Not if you’re doing it right.

Entrepreneurs are not gamblers, they are simply driven, resourceful individuals who take calculatedrisks to improve their quality of life—and isn’t that what makes it worth living?

You need a lot of money to get started.

Fact: there is no direct relationship between the amount of money invested in a new business and its success (or failure) rate. In fact, the typical start-up is said to require roughly $10,000-25,000 to get going, and seventy-two percent of companies with a net worth over $1,000,000 started with less than $50,000 in capital.

If you’re looking for ways to fund your business and have stressed yourself out thinking of the hundreds of thousands of dollars you need to raise, rest assured that’s simply not true. A big investment from an venture capitalist or angel may get you started quicker, but growing incrementally (known as bootstrapping) will help you build a stable foundation that will last. Starting small and spending more time perfecting a service or product will help you grow at a rate that you can maintain, and that requires patience and persistence, not a lot of money.

Remember, Hewlett Packard started with $600 and is now worth over 30 billion dollars. Just saying.

You need a business degree.

I’m not going to start debunking this myth by telling you to that an education is a waste of time and you should drop out of school. That would be irresponsible, and quite frankly I don’t think my editor would allow it anyway. With that being said, a business degree—or any sort of degree—is not essential to becoming a successful business owner. The best part about school is that you learn how to learn; you learn how to research, how to study, how to survive the pressures of exams. These skills are equally fundamental when starting a business, so in that sense, there’s definitely value in taking courses or completing a post-secondary program.

The key here is to not confuse value with necessity. As numerous Fortune 500 CEOs have taught us, determination and ambition will get you a lot further than any piece of paper probably could (after all, only a quarter of entrepreneurs graduated college!). Besides, the best education, especially in business, is experience.

You have to be young.

Remember those old dogs we spoke about earlier? This is their favourite myth to debunk.

Let’s get straight to the point with this one: entrepreneurship is for people of all ages, backgrounds and walks of life. According to studies, the average entrepreneur is actually 39 years old, and the success rate of entrepreneurs over 40 is five times higher than those under 30. Have we made our point yet?

In case you’re still not convinced, let’s not forget to factor in all that experience we were just saying was required for success—older individuals usually have a lot of it.

You need a one-of-a-kind idea.

While a brand new, super cool concept can be very exciting, these ideas carry more risk. Crazy new ideas require more time and money, and also have the highest failure rate. There’s no substitute for a predefined market, and the research and analysis that comes with it.

If you’ve been putting off starting a business because you don’t have a new idea, start thinking about how to solve an old problem in a new way instead. Your chances at success are much better if you improve something that already exists and make something easier, cheaper, or more efficient for your (potential) new customers.

You need to be passionate about your product.

The more clients, the better.

There’s truth in the saying “quality over quantity,” and it can certainly be applied where customers are concerned.

When you’re first starting out, it’s tempting to take on any client that has shown interest in your services or products, but taking everyone on can be risky. Let’s look at some easy math. What seems like a better idea: giving 100 customers half your attention and risking losing them, or giving 50 customers all of your attention and ensuring they come back?

Spreading yourself too thin benefits no one in the end. Trying to do everything for everyone is not only time-consuming, but it’s impossible to maintain. Plus, you risk providing a bunch of unmemorable services or products instead of a few amazing ones.

Plus, every client isn’t a good one. Some of them want the most for the least, and would disown you in a heartbeat for a better deal. Be selective and win over the clientele that’s right for you; those who need, value and appreciate your brand, because in the end, those are the ones who will remain loyal to it.

All successful start-ups are tech-based.

If we base our ideas of business success only on examples we read about in industry magazines or newspapers, we might believe that the only kind of start-ups that exist are tech-based. Right now, the media believes they’re the sexiest, but they’re certainly not the be all and end all of new businesses. Only a small percentage of today’s small businesses are considered high-tech, and the exact same things that make something high-tech one moment make them outdated the next.

Entrepreneurship is not restricted to apps, and you don’t have to be part of the IT industry to run a profitable business. If you have the knowledge and skills, you can succeed in any industry. The growth of your business depends more on your talents than on the sector it’s part of.

Quitting is never an option.

This is the most entertaining myth of the lot because in order to become an entrepreneur, most people have to quit whatever they were doing beforehand. To start something new, you’ve always got to quit something old.

It’s ironic then that some people believe that a true entrepreneur never quits. A true entrepreneur, in fact, should know enough about their business to know when it’s failing. They should know when it’s time to throw in the towel and minimize whatever financial losses they can. Letting go of an idea you were wrong about is what makes you humble, sensible, and professional. Accepting failure as a possible outcome is part of what you’ve signed up for.

Successful entrepreneurs make mistakes, learn from them, and then do a little better with each venture. Instead of refusing to admit that they’ve made a mistake, a smart entrepreneur learns a lesson from it and moves on to the next part of their plan.

You’re never going to feel 100 percent secure in taking the plunge into entrepreneurship—after all, if it was easy, everyone would do it. With these nine myths debunked, hopefully you feel a little more confident in whatever decision you make. The truth is, not everyone is cut out for the entrepreneur life. It’s a lot of work; lots of long nights, lots of trial and error, and of course, there is some risk involved. The best way to approach it is with a plan backed up by loads of research, and of course, confidence.