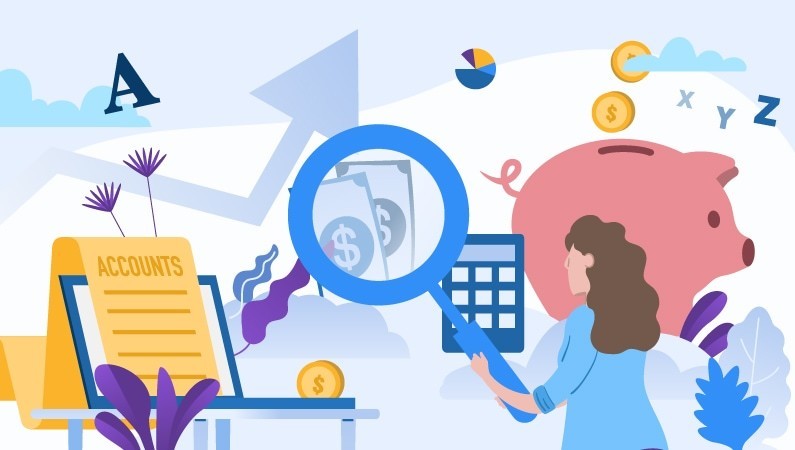 A quick glossary of key accounting terms for non-finance folk

Being a small business owner means wearing a lot of hats, but it’s often the most important one that entrepreneurs find the most uncomfortable; accounting.

Running a successful business requires at least a basic understanding of accounting, but just grasping the basics can sometimes feel like learning a whole new language. That’s why we’ve decided to translate some of the most common terms into plain English, simple enough for the least financially literate entrepreneur to understand.

Like a fancy way of saying “unpaid bills,” accounts payable refers to any expenses the business has incurred but not yet paid. On the flip side is accounts receivable, which essentially means bills that you are waiting to collect payment on.

Assets are anything that is owned by the business that has value, including equipment, inventory, retail locations, raw materials or even money in the bank.

Liquidity refers to the availability of assets, with those whose value is easy to extract considered more liquid than those that aren’t. Liquidity becomes extremely valuable when you need some extra funds in a pinch. For example, cash is always a business’s most liquid asset, because it’s ready to be used at any time. On the other end of the spectrum are assets like land and inventory, because there are still quite a few steps between owning that asset and being able to use its value on something else.

A profit margin is the difference between what a business spends to create a product or service and the amount of money they earn from it. For example, if a company makes a product for $40 and sells it for $100, its profit margin is 60%, because they’re pocketing 60% of the revenue from that sale.

Working capital, often referred to as just “capital,” is the amount of money a company has available. Working capital can be calculated by subtracting current liabilities from current assets. Unlike cash flow, which looks at costs and expenditures over a specific period of time, working capital refers to your current financial situation.

Inventory refers to any products that are in the possession of the business before being sold. Businesses need to carry enough of it to meet customer demand, but storing and shipping inventory can come at a significant cost.

A business’s liabilities are any of its unpaid debts, which can include accounts payable, upcoming payroll expenses or unpaid loans.

Equity refers to the amount of money that has been invested into the company, whether through a small group of owners or via a large network of shareholders.

Some of your business’s assets become more valuable over time, while others become less. For example, real estate in a growing neighborhood is likely to increase in value, or appreciate, while the company car is likely to lose some value over the years, or depreciate.

Revenue quite simply means any money earned by the business.

Businesses have a lot of expenses, and while some of those expenses change over time depending on the performance of the business others remain consistent. Those that are consistent are considered fixed, while those that morph and change are considered variable.

For example, if you’re having a really bad day and don’t make any sales, you still have to pay rent for that day, because that’s a fixed cost. You don’t, however, need to buy more inventory the next day because you’re still fully stocked, making it a variable cost.

An accrued expense refers to any goods or services that have already been delivered but not yet paid for. For example, if your employee wages are paid at the end of the month, each day they work before getting paid adds to the business’s accrued expenses.

Overhead encompasses business expenses that are associated with running the actual business, but don’t include the costs of delivering products or services. Rent, utilities and payroll are all considered overhead expenses.

Payroll refers to the total amount spent on employee compensation, including salaries as well as bonuses and commissions.

Return on investment, often referred to by the abbreviation ROI, is essentially a representation of what you got for what you spent. To calculate ROI simply divide the investment by the return. If you invest $1000 into marketing and it results in $2,000 worth of sales, for example, your investment returned an additional $1000 for an ROI of 50%. In other words, you received 50% more than what you spent.