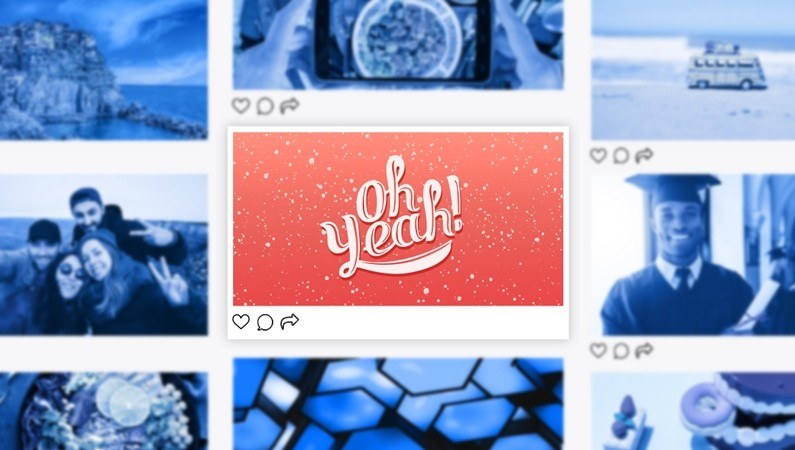 If you’re a freelance writer, you’re probably using social media as part of your marketing strategy. But are you using these channels correctly?

It’s easy to start a Facebook, Twitter or Instagram account, but if you’re having a hard time seeing the kind of results you expected, it could be that you need to make some adjustments.

Here are some common mistakes that writers make on social media—and some suggestions for how to fix them.

1. Not being on social media

Maybe this seems like a no-brainer, but the worst mistake you can make with social media is not using social media at all. There are still some who don’t fully appreciate the value of these channels beyond their news, entertainment and social uses. Maybe you have personal channels and associations and a Rolodex bigger than a breadbox, but if you don’t, where do you expect to find your audience or potential clients?

Sure, you can make contacts in person at networking events and conferences, but pretty much everybody is on social media these days, from the world’s biggest brands on down. If you need to get attention for your services, you need to be on social media. Period.

2. Not having a strategy

There are resources out there that can provide more details about how to develop a social media strategy, but here are some questions to get you started:

Regular posting is a must. If you stop posting for a significant period of time, your might as well drop off the face of the earth, as far as your followers are concerned. There’s no shortage of other social media streams and accounts to follow and they’ll soon forget about you.

Many experts advise that you should post something at least once a day. That’s probably a good guideline for most writers, but depending on your circumstances, that may not be reasonable for whatever reason. At the very least, try to be consistent in your posting frequency. If it’s once a week or once every other day, try to stay on that pattern. Give your audience something to expect and look forward to.

People like getting free stuff. I once stood in a store and watched a guy demonstrate a vegetable-chopping device for 20 minutes just to get a free paring knife, which I haven’t used once since. But it was free!

If you want people to follow you and interact with you on social media, offer them something of value. It could be something tangible, such as a small downloadable eBook or PDF. You could even set up weekly or monthly giveaways. Or it could be something intangible, like simply sharing information that others, even other writers, could benefit from, such as tips or insights into the writing process, your particular habits and interests that inform your work, or things that inspire you.

People like getting free stuff, but they generally don’t like getting constant sales pitches from the social media channels they follow. Hard-sell tactics will probably result in you losing followers.

Your social media presence (like other aspects of the new marketing) is all about cultivating engagement and building relationships. Once you’ve built up a following that trusts you and the content you share with them, then they’ll be more receptive to any kind of offer you present to them. One general guideline is to limit your promotional content to about one post in every ten.

Okay, so you’ve done everything right so far: you’re actually on social media, you have a strategy, you’re posting regularly, you’re offering value without being too sales-y. But if you’re posting and not interacting, then you’re doing it wrong. It’s called social media for a reason, after all.

At the very least, you need to Like and Share posts and tweets. Make some comments on other people’s posts. Get involved in conversations; even start one! But keep it real. Getting engaged in social channels is obviously something you can do which may ultimately benefit your goals, but that doesn’t mean you should be phony or obviously self-serving about it. Genuine and authentic interaction is what helps cultivate those relationships.

If you’re new to a social media platform, spend some time with it to get familiar with the way people interact there and the kind of content that attracts people’s attention (and Likes).

Too busy to spend time on social media? Make the time. Think of it as an investment. Set aside some time to connect with your followers or people you follow, respond to comments, get involved in conversations and engage with people.

7. Not using images or visuals

Yes, you’re a writer, and words are your medium, but on social media platforms like Facebook and Twitter, posts that use powerful images and videos generate more interest and engagement. There’s research that proves it. And, of course, on Pinterest and Instagram, it’s all about the visuals.

The social media world moves at a lightning pace, so if your post doesn’t have a strong image, you risk having it passed over in favour someone else’s that does.

Posts that use videos are becoming more popular, on Facebook especially. And more recently, the “stories” feature on Instagram and Facebook has also been gaining popularity, incorporating things like images, videos and cinemagraphs. Instagram also recently launched IGTV, a new app for viewing long-form video.

Luckily, for those of you who are word-smart but image-challenged, there are several resources and tools available that can help you with your visuals. For images, you can use Piktochart or Canva, and there’s Animoto to help you create excellent videos quickly.

8. Trying to be everywhere

When first getting into the social media world, some people go a little overboard and join every channel there is. That can be a mistake, because you may end up overextending yourself and putting too much of a strain on your time and resources. It’s better to have a solid, robust presence on a couple of social media channels than to have a poor showing on many of them. Pick the ones that seem to work well for you, and cancel the accounts on the ones you don’t have the resources to keep up-to-date.

9. Forgetting to use #hashtags

Using the right hashtags is like shooting up a flare when you’re lost in the woods—it can help get you discovered. You should almost think of hashtags not as the pound sign symbol they use (it’s actually called an octothorp), but as a bulls-eye symbol, because they’re really all about targeting. They help attract the right audience—people with the same interests—to the specific topic you’re posting about.

Adding the right hashtags to your posts can get your content under the noses of the kind of people you want as followers, and who you want to engage with. Hashtags work particularly well on Instagram (where you can add as many as you like) and Twitter (where one or two will usually do the trick).

Don’t do it! Firstly, they could be bots, and, secondly, the kind of followers they provide may not be the kind that you’re interested in. That is, they may not be your target.

Don’t get dazzled by the numbers they promise. It’s much better to have high-quality engagement from genuine followers than to have legions of zombie followers.

It might take a while to build up your social media following organically, but it’s worth it. Stay with it! With some time invested, you’ll have the kind of loyal and engaged following that you deserve.