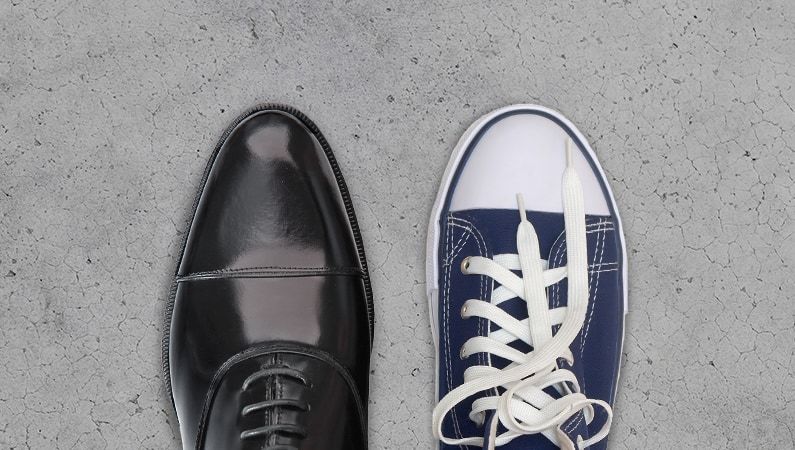 From bored to boss: Four entrepreneurs share how they took the leap

So, you want to go from project management to running your own beauty salon? Maybe you’re tired of cleaning teeth and just want to plan amazing parties. The idea of a career change can be daunting, but it often leads to amazing things and an improved quality of life.

In 2015, the U.S. had the highest rate of entrepreneurial activity. Canada wasn’t too far behind, coming in at 13% (and sharing second place with Australia). While some numbers can seem a little more intimidating (51% of the average 150,000 new small businesses created each year survive five years), they still can’t deter someone with a plan and a dream.

Whether you’ve already made the leap and need some reassurance, or you’re looking for that extra push to make the change, we collected some words of wisdom from four people who changed their careers—and lives. Here’s what they had to say.

If you’re finding it harder and harder to get through your days, it may be time for a change.

Four years ago, Derryck Birch worked in an office in Toronto selling accounting software to small businesses. He was finding it difficult to maintain interest and perform the main duties of his role.

“I had no motivation to do the basic day-to-day functions of my job. I wasn’t feeling like I was making any difference in anyone’s life in a real way, and I needed a change.”

One day, half of the department he worked in was laid off–including him. Lay-offs can wreak havoc on your plans, but sometimes it can be the push you need to take a chance on something, and that’s how Derryck approached it.

“After meeting with my manager, I left in a taxi and recorded a podcast with the driver on my way home. I had started a podcast a couple of weeks earlier, and at that moment, I decided I wasn’t going back to a full-time office job. Not yet. After 15 years of that life, I decided I was at least going to try something new.”

Don’t be afraid to ask for help or support. You’re going to need it.

Deon King was working for a sneaker company four years ago, going through the motions, and not feeling much enthusiasm in his day-to-day. Today he’s fueled by passion while running King Catering Inc., a company he built from the ground up, specializing in Caribbean fusion cuisine. His catering company has given him a new sense of direction, a place where he can be creative without limitations.

“I wake up with a purpose now, and can see the path I’m meant to take clearly. I no longer see my career as something I do simply for income. I’m big on the customer experience, and being a part of the big moments in their lives.”

But it wasn’t easy getting there. Long days and longer nights, self-doubt, and financial struggles are all part of the first few years of a new business. Deon had a plan to follow his heart, but he couldn’t do it alone.

“All those long hours and sleepless nights, not having a profit for two years, really had me second-guessing myself. What kept me going was the support I got from my family and friends. They helped me out a lot, working at street festivals with me in the early stages of trying to build the company. They worked long hours for free, just to see me succeed.”

And succeed he did, with King Catering now having served over 100 corporations in the downtown core and taking the title of Best Caterer in Toronto for Now Magazine’s Best of Toronto Readers’ Choice Awards in 2015.

Do something that brings out the best in you, combining your interests and your skills.

Davide De Ciantis began his career as a semi-professional athlete, and was later employed as a nutritionist, working with Olympic athletes in preparation for competition. He never disliked his job, he just never felt comfortable in an office.

“My job was rewarding, but it made me realize that I am a mover, not a sitter. I’m happiest when I’m on my feet, meeting and entertaining new people.”

With this new direction, he decided to open eighty 6’d, a restaurant with remarkably skilled staff, an on-the-fly cocktail bar, and a food menu that changes daily and focuses on zero-waste. Combining his love of entertaining with his people skills has made the last 21 months better than they’ve ever been, and while the restaurant business is known for its volatility, he believes he made the right decision.

“Am I scared? Sometimes. Am I worried? Never. I have a great staff and a unique and adventurous concept. We have new patrons every night so we’re doing something right. When guests arrive and have a great experience, they’re witnessing our love and passion, and it is the most rewarding feeling in the world. This restaurant is my home, and when you arrive, you are sharing dinner with my chef and myself. I have fun every day, and nothing beats watching your vision come to life.”

No matter what, you must have a plan.

Sometimes your calling may find you, not the other way around. That’s exactly what happened to Janalee Ferreira, a teacher-turned-holistic-full-spectrum-doula, while living abroad teaching English and yoga in Venezuela.

“I was sitting in a prenatal yoga certification course that was rocking my world. It turned my perception of women, pregnancy, collective consciousness, families, et cetera, upside down. I remember messaging my best friend on the first day and saying, “This is what I want to do forever. I want to teach yoga, I want to support families, I want to start a revolution.”

Like many others, her opportunity came when she was let go during company downsizing, and she was forced to make a decision. She came up with a plan, and that’s when everything changed.

“You have to figure out exactly what you want. Know what it looks like, what it feels like, what it tastes like, know exactly why you want it. Be so clear that if you close your eyes, you feel like you’re already there. Then open your eyes and get to work.”

She now lives on her own schedule and her own terms, providing practical and emotional support to birthing people and their families throughout their pregnancy, labour, and postpartum period.

“This change has allowed me to live what I always preached to my students: Figure out exactly what you want and then we can figure out how to get there. Now that my work is aligned with my personal vision and my purpose is interwoven with how I spend my time every day, I no longer see my work as work. I see it as an honour, a privilege, a responsibility, and as my gift to the world.”

“Security is mostly a superstition. Life is either a daring adventure or nothing.” — Helen Keller

We want to know: When did you take your own leap? Share your story and discuss with other entrepreneurs in the Wave Community.

The day the government took all my money
How I learned a $6,000 lesson about freelance taxes