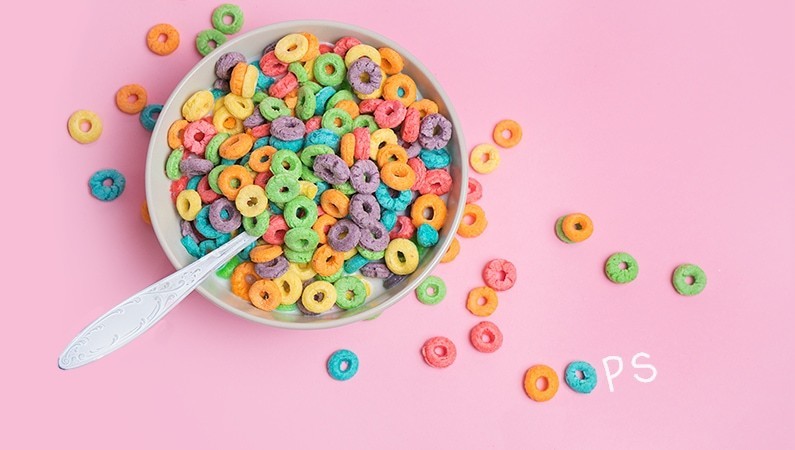 As someone who spends a lot of time writing about the topic, I can confidently tell you that entrepreneurship isn’t easy. The only job that’s probably more challenging and time-consuming is motherhood.

Women are doing exactly that every day, and they’re doing it more and more. A 2016 study found that becoming a new mother increases the chance of a woman making the switch from wage employment to self-employment, especially if she feels that it will benefit her family.

While running your own business from home sounds like a dream, adding young children into the mix can easily turn it into a nightmare. Kids can be unpredictable, moody, and straight-up troublemakers sometimes. They don’t understand concepts like conference calls, or not screaming randomly for absolutely no reason.

We recently spoke with six mompreneurs and asked them about running a business while taking care of their young children and, spoiler alert, their answers were pretty hilarious.

3.5-year-old daughter + child on the way

“You know how we mums know to hide our jewellery and make-up boxes? Well, what I didn’t know was that my daughter perceived my studio to be one giant jewellery box. One day I was silly enough to believe that silence meant she was playing in the living room, as she had been all the times I peeked through the door crack while cooking to check up on her. Instead, I found her and her accomplices—a few of her toys and our dog— in my studio. She was wearing five or six headbands (mostly around her arms and neck), a few hats, and three tutus (yes, at the same time). She also had our Chihuahua tucked in a basket with some swaddles, and had turned the studio into one magic carpet ride by laying out all the furs. The mess was memorable, but the clean-up even more so. I learned that day that a toddler with a plan needs very little time to accomplish it. I also learned to keep my studio locked.”

“I was speaking to an insurance representative on my cell while away from the office one day, trying to be somewhat productive. My daughter was home from daycare that day so productivity didn’t last very long. I had explained to her that I would be on an important call and that she would need to be quiet for a minute. For some reason, that must have translated into ‘sing whatever lyrics you know from Despacito as loud as you can,’ because that’s exactly what she did, while standing beside me during my call. Sadly, that wasn’t the most embarrassing moment. Another day, during a brief call to a supplier, my daughter yelled out, ‘the baby pooped and it smells really bad! Change him fast! Ugh!’ Then the baby started hysterically laughing while I frantically tried to press the mute button.”

“One time I had just joined a really important conference call, and within five minutes [my daughter] did two of the craziest things I’ve ever seen her do. Somehow, she got a hold of this oversized, giant container of chewable vitamins. I don’t even know how she got it—it was up high—but she did. She then proceeded to throw its entire contents out across the floor. There are now about 500 Vitamin C tablets on the floor in front of her, and I’ve got to try and clean them up somehow before she eats any of them. I excuse myself and briefly pause the call so I can clean up, which I do and then return to it. Not even 30 seconds later, I turn around and there are what seems like hundreds of tiny beads all over everything; the floor, the couch, the carpet. My daughter is sitting on these beads that are slightly smaller than the size of caviar, and I have no idea where they came from. I have to pause the call again, but this time I’m freaking out because I have no idea what the beads are and whether or not she’s eaten any. I eventually realized the beads came from the packet inside the pill bottle. She had not only somehow magically gotten the bottle, but also opened it, and then the packet, all on her own.”

Whose kid is it anyway?

“Once I had to bring my son into the store with me because I had to do interviews and I didn’t have anyone to watch him. My staff was supposed to be keeping him in the back room to play. So, I’m interviewing someone and next thing I know, I see him running around the store like a wild animal. The person I was interviewing was really unimpressed, and said almost with a disgusted look, ‘where is that kid’s mother?’ I just remember awkwardly saying, ‘Um, I’m his mother.’”

“I decided to design and create my own wedding planner organizer books for those clients who want to plan their own weddings. I had a client order one and I shipped it out to her right away. A few days later, she sent me a picture of the wedding planner with ‘Mariah White’ written in the book more than 10 times. She said my daughter’s name was written on almost every page of the book. I know I checked the planner before I sent it out, but I guess when I wasn’t looking my daughter had decided to practice writing her name in it. The client wasn’t happy at all and wanted a refund, I was so embarrassed. I gave her the refund and sent a her a new book. There was another time I was on the phone with a client and my daughter yelled out ‘MOMMY, CAN YOU WIPE MY BUM.’ Before I could say anything, the client said, ‘Looks like you’re busy, I’ll call you later.’”

“Once there was an event happening in my shop, and the kids weren’t listening. They chased each other around until my son tripped and fell, right into the corner of a display. He hit his head so hard he had to go to the ER. I’ve never seen a room go quiet so fast. Another time my daughter announced to an entire store full of people that she made a giant poop in the bathroom.”

From pills to poop, these kids have had (and caused) some wild times. And although in the moment these mompreneurs were probably mortified, I would be willing to bet not a single one of them would have changed a minute of it. (Figuratively speaking, anyway.)

You’re a mom. You’re an entrepreneur. Are you a mompreneur?
Startup advice from a veteran mompreneur